The Coronavirus and North Korea: Is There a Cure for Kims’s Nuclear Blackmail? 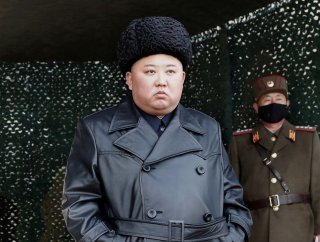 In March, while the rest of the world was neck-deep waging an all-out war against the coronavirus, North Korea conducted four missile tests. Granted, these were all short-range missiles and, arguably, rather shallow reminders to the world of North Korea’s military capabilities. But the timing of the tests did strike some as odd. Wasn’t North Korea also dealing with the pandemic? After all, it shares a border with both China and South Korea—two of the first countries to be hit by COVID-19. Such proximity makes it highly plausible that a carrier from Beijing or Seoul could easily have spread the disease to a North Korean contact. And COVID-19 has proven to be an equal-opportunity virus—nearly every country in the world has at least one reported case.

Yet, North Korea insists it has maintained an impeccable health record on COVID-19. The Kim Jong-un regime claims that it has zero coronavirus cases—yes, zero. But its recent actions indicate otherwise. And, reports say that North Korean officials have secretly sought coronavirus test kits from the World Health Organization, Médecins Sans Frontières, and other international organizations.

Moreover, there is further proof that North Korea is dealing with the virus. Since the coronavirus broke out in Wuhan, China last December, Pyongyang has tightened control of media reports. It has also restricted movement of its citizens and sealed most of its border with China. In addition, North Korea significantly reduced trade with Beijing and announced in January a suspension of foreign tourism. In February, the regime implemented strict measures to inspect and quarantine goods arriving at all of its ports and borders. In some parts of the country, North Koreans suspected of having contracted COVID-19 are placed under quarantine. Patients, it should be noted, have to stay in overpriced accommodations and are required to pay in full their hospital bills—which, in many cases, could be equivalent to several months’ earnings—before they are allowed to return to their homes.

Some twenty defectors who had been imprisoned in Dandong, China have reportedly been refused repatriation. This out-of-character response from North Korea might be explained by the regime’s fears of letting potential COVID-19 carriers infect North Korean citizens. The regime even executed an official suspected of having contracted the virus during a visit to China. Further restrictions within its borders include the closure of middle and high schools until April 20—from the initial five-week extension of schools reopening on March 23.

In mid-March, the party committee of several North Korean provinces ordered factories and neighborhoods to provide instructions to wear masks in daily life. And with the state unable to provide the masks directly to citizens, people were forced to make their own, often using fabric that had not been sterilized. Leader Kim also ordered the construction of a new hospital to “better protect the precious health and safety” of his people. Plans for the hospital had been approved by the party’s central committee in December 2019, but construction appears to have suddenly begun on March 17 in a likely attempt to dispel any doubts about the Kim regime’s competence in handling the virus outbreak. For example, Kim himself appeared at the groundbreaking and North Korea has placed a rush order for medical supplies from China, potentially for COVID-19 test kits.

With all this happening, why launch missiles? For one, Kim may be dispensing these missiles as a forget-me-not to the rest of the world—and, specifically, to the United States—about business that remains to be settled over the nuclear negotiations. Last year, North Korea had warned America of its “Christmas gift” to be delivered around the year-end deadline it had imposed for Washington to “change its calculation” about its position in the nuclear negotiations. Four months into 2020, the United States—fortunately—has not yet received this gift, and talks between the two countries have been stalled, at least according to publicly available information.

Kim knows quite well that Washington’s bandwidth and interest level for nuclear talks with Pyongyang are low right now, as U.S. leadership remains focused on dealing with the coronavirus outbreak and the country gears up for the presidential elections in November. In short, this is neither the time nor the place to demand nuclear talks and sanctions relief. Should Kim overreach with a higher-threshold provocation—for instance, an ICBM test—he may not only risk closing the door completely to talks with America, but worse, he may stoke Washington’s ire in the form of military retaliation. Kim’s previous shorter-range missile and projectile launches have gone largely unpunished by Washington, as some considered these short-range missiles as non-threatening to the U.S. homeland. From his experience, Kim has probably gathered that these short-range missile launches will be condemned, yet impose just enough weight for Kim to stay relevant in nuclear negotiations.

The launches also help the regime paint an impression to both its domestic and external audiences that its military system continues to plod along and is quite stable. To his domestic North Korean audience, Kim likely wishes to perpetuate his image as an invincible leader who can keep his country’s affairs under control during a global pandemic. The missile launch validates his competence—if only to himself. Likewise, to his external observers, Kim wants to convey the notion that North Korea’s juche (self-sufficient) system is impervious to even a disease as deadly and pervasive as the coronavirus.

That Kim, the leader of one of the most economically, politically, and morally impoverished systems in the world, opted to expend tens or hundreds of millions of dollars to launch missiles—four times in a month, during a pandemic—to build his agenda should give pause. Many wealthier nations are making the painstaking decision to divest their discretionary budgets to provide stimulus packages to people and businesses to help soften the financial blow and societal paralysis brought on by COVID-19. Kim, however, chose missiles over his people’s health and financial hardships.

COVID-19 or not, as North Korea’s recent activities have shown, Kim Jong-un will likely stay the course in his ongoing campaign against the United States and the broader Northeast Asia region. His prioritization of nukes and missiles over lives during the pandemic makes it all the more apparent that he would likely never willingly give up his nuclear weapons and missiles. In fact, recent weeks have shown just how useful these weapons are to Kim in sustaining tensions with Washington. He seems to place a premium on the preservation of his power, at whatever the cost to his people. Kim would seem likely to continue to bend and contort contingencies—even major ones like a pandemic—to retain a modicum of international relevance and maintain pressure against Washington and Seoul through occasional displays of nuclear and ballistic missile competence.

The coronavirus will pass, slowly, in due course. North Korea’s nuclear and missile blackmail, on the other hand, will likely remain a perennial affliction for which the world has yet to find a cure.