Coronavirus: North Korea Says it Has Its Own PCR Test 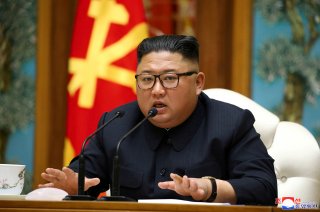 North Korea’s regime has claimed for quite some time that it has no cases of coronavirus. It has occasionally informed the World Health Organization that it has tested various people that month and found not a single positive case. Most recently, North Korea told WHO that 693 people had been tested for the virus, all coming up negative, while the total number since the start of the pandemic now stands at 35,947.

This hasn’t stopped North Korea from engaging in mitigation measures, although the regime has engaged in stalled negotiations about receiving vaccine doses.

Now, a new report says North Korea has developed a new way to test for the virus.

“We are intensifying the struggle to strengthen antivirus measures at all levels to fight against the spread of the viral variants prevalent in many countries and regions,” the Korean Central News Agency said, as cited by Yonhap.

The report also stated that North Korea is “tightening coronavirus measures amid the global spread of the contagious lambda and delta variants.”

“News of countries vaccinating their people or life returning to normal is rarely, if ever, transmitted within North Korea, perhaps over fears that it might trigger resentment against the regime for its failure to secure shots,” Pratik Jakhar of BBC Monitoring wrote in an op-ed that was recently published by Foreign Policy. “In contrast, the propaganda apparatus has been unusually quick to report on cases rising abroad and the spread of COVID-19 variants.”

Meanwhile, the president of South Korea, Moon Jae-in, said in a recent speech that he hopes the two Koreas can cooperate with each other on fighting the pandemic, possibly by getting North Korea to join the Northeast Asia Cooperation Initiative for Infectious Disease Control and Public Health.