Could Donald Trump Achieve Peace with North Korea In a Second Term? 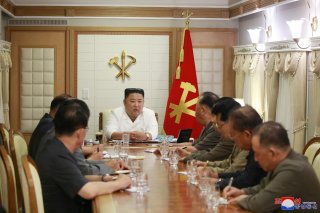 President Donald Trump’s first term has been guided by the idea of putting America first in U.S. foreign policy and assuming that other states will also put their own national interests first in their own policies. At the same time, Trump’s foreign policy line has been moderated by a moralistic bureaucracy that emphasizes U.S. responsibilities towards its allies and towards humanity. If Trump gets a second term, it is likely that president’s own nominees will start getting the upper hand in the administration, meaning that American foreign policy towards international crisis zones would become clearer and more consistently nationalistic. With that in mind, what will a more consistent, nationalistic American strategy towards North Korea look like, and how will it affect chances of peace in East Asia.

The Trump administration’s strategy, which assumes all states to put their own interests first, goes against the preceding administration’s humanitarian interventionist logic, according to which other states can successfully intervene to, say, help North Korean civilians against their brutal, dictatorial state. I have revealed in The National Interest in August, based on statistics of UCDP Georeferenced Event Dataset, this moralist interventionism has had a poor track record. During the Obama administration, conflict fatalities in countries that the United States had intervened in the purpose of humanitarian protection increased almost six-fold, Trump’s reluctance to intervene on moral grounds has reduced these fatalities by 44 percent during his first three years in office. Furthermore, in the case of North Korea, that country’s history and that of its neighbors suggests that other countries cannot save North Korean civilians. External interference tends to escalate violence and offer nationalist justifications for autocratic brutality. East Asian wars in Korea and Vietnam were escalated by the interventions by communist and anti-communist great powers. However, research based on data on conflict fatalities shows that the military withdrawal of foreigners from internal disputes in East Asia at the very end of the 1970s meant that conflicts produced an average of 95 percent less fatalities in the region after 1979 compared to the three preceding interventionist decades. Thus, from this perspective, prospects of peace in Korea may look better during Trump’s second term as his nationalist realism wins power from the moralist interventionism of his foreign affairs bureaucracy.

However, Trump’s second term could also mean a further weakening of the U.S.-alliance with South Korea. If North Korea is a villain that needs to be deterred, this may be a problem. Yet, if we look at inter-state relations as the key problem to be resolved, a greater focus on “getting along” with North Korea may be advisable. Better inter-state relations may reduce Kim Jong-un’s dependence on nuclear weapons, and they could help facilitate short steps towards compromises in the nuclear issue. Trump though would need to give up his administration’s expectation that North Korea could be persuaded to destroy its nuclear weapons irreversibly before the United States makes concession to its sanctions. Trump’s own experience on business negotiation should advise him against such lack of realism in expectations.

The continuation of Trump’s nationalistic disrespect for multilateral order and institutions will have adverse consequences, too. Peace, North Korea’s eventual democratization, and the unification of Koreas will require the support of a strong United Nations. Dealing with humanitarian issues and the expected refugee flows during these transitions will also require global cooperation. Thus, a peaceful solution in Korea will require America’s endorsement of a genuine global humanitarian agency. Nationalist selfishness is not enough for peace in Korea, but neither is the strategy of Trump’s predecessors of side-lining the UN and acting unilaterally in the name of humanity.