Could Donald Trump Attack North Korea Before the 2020 Election? 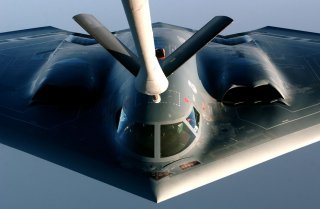 Look at post-Cold War data on U.S. military involvements and presidential (and Congress) elections and note that elections do not affect the likelihood of the United States using military force. There is no statistical association between distance to elections and U.S. military operations. The U.S. war in Afghanistan started less than a year after George W. Bush became president. The war in Iraq started less than a year before his re-election. Military operations in Kosovo, Somalia, Pakistan, Yemen, Libya, Syria and Mali started with no correspondence to the electoral cycle.

Yet, the Donald Trump’s presidency may be different. Unlike other presidents, Trump has been encouraged to belligerence. His military operation against President Assad of Syria was seen almost as constitutive of his presidential credibility. Furthermore, Trump is desperate. His position was very strong before the outbreak of the coronavirus pandemic: U.S. presidents do not lose re-elections if the level of unemployment is under 8 percent. But after the coronavirus rattled America, even the employment statistics have turned against Trump.

But the Korean Peninsula is also exceptional. There Trump wants to show to Americans that he can solve a problem that his predecessors, since the Korean War, have tried and failed to solve. Progress at the beginning of the Korean peace process in 2018 turned the political tide. Before the South Korean Olympic Games, Trump was mainly accused of being friendly with dictators, Vladiir Putin, Xi Jinping and Kim Jong-un. After the well-planned TV spectacle involving the Korean leaders and Trump and Kim, friendliness with a dictator has been popular—but only if it solves problems.

The problem with the reconciliation in North Korea is, however, that North Korea will not abandon its nuclear weapons. It would be unwise to expect that. This leads the U.S.-North Korean relations to a dead end. If North Koreans were convinced that they will be safe if they gave up nuclear weapons, then they might do that. But why should they think that? U.S. deterrence focuses on convincing that it will punish wrongdoers but it is not convincing to compliant nations. North Korea can be sure to get its punishment if it attacks the United States or its allies. But can it feel safe if it did not? Iran yielded under international pressure in 2015, and what happened? Saddam Hussein yielded under international pressure, gave up its plans on weapons of mass destruction and what happened? Libya gave up its plans on nuclear weapons, and what happened to Muammar el-Qaddafi?  In the absence of a drastic change in the political setting, it will be difficult to expect North Korean nuclear disarmament. The United States cannot create a credible reputation to convince North Korea of benign treatment if it yields on this issue. North Korea could feel secure without the capacity to hit back only if North and South Korea could unite. Then aggression against the North would become aggression against the U.S. ally South Korea, too. None of this will happen soon. So, will Trump then use military power against North Korea as part of his election campaign? Well, that is up to him.