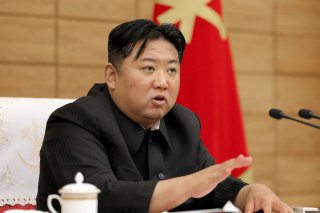 Fighters for a Free North Korea, a group of North Korean defectors, claimed this week that they sent Covid-19 relief supplies, including vaccines, into North Korea via balloon.

According to the Yonhap News Agency, the group sent “twenty big balloons filled with 20,000 pieces of masks, 15,000 Tylenol pills, and 30,000 vitamin C pills” over the border into North Korea.

It’s not clear if the balloons landed as planned. The South Korean government made it clear that it does not approve of such measures.

"We fully understand the group's efforts to help North Koreans, but as the government is seeking inter-Korean health care cooperation, we have publicly urged them on numerous occasions to refrain (from launching), considering what will be of real help to the North Koreans,” a government spokesperson told the press.

Written by Jean H. Lee, a journalist who has visited North Korea, the piece argued that “finally acknowledging a viral outbreak may be part of a strategy by its leader, Kim Jong-un, to re-engage with the outside world. The world should be ready to engage, too.”

Lee argued that Coid was almost certainly happening in North Korea prior to the regime’s acknowledgment of the outbreak this spring. In addition, the regime’s claims of success in fighting that outbreak are probably not genuine. The author speculated that the regime may have timed the disclosure either to President Biden’s recent trip to the region, or simply because the outbreak got so severe that it could no longer be hidden.

“Mr. Kim may be pursuing a dual-track strategy. The missile launches maintain tension with the United States and South Korea — which helps him to justify building up his nuclear arsenal, putting him in a stronger position for any future standoffs or negotiations,” Lee wrote.

Daniel Kritenbrink, the U.S. assistant secretary of state for East Asian and Pacific affairs, had said earlier this week that the United States will not make Covid relief a topic in potential denuclearization talks with North Korea.

"We are also gravely concerned by the serious outbreak of COVID-19 underway in the DPRK right now, and how it may affect the health and well being of the North Korean people,"  Kritenbrink said while speaking at a forum hosted by the Center for Strategic and International Studies and Korea Foundation, per Yonhap News Agency.

“We continue to support efforts to provide humanitarian assistance and COVID-19 vaccines to the DPRK. We see this humanitarian crisis as separate from making progress on denuclearization and we do not and will not link the two.”