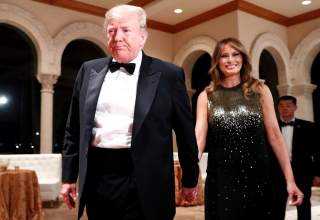 North Korean leader Kim Jong-un’s January 1st speech at a Worker’s Party Central Committee meeting put the final nail in the coffin of President Trump’s “maximum pressure and engagement” policy. Kim rescinded his two-year moratorium on nuclear and long-range missile tests, promised the demonstration of a “new strategic weapon” in the “near future,” and called for “foil[ing] the enemies’ sanctions and blockade by dint of self-reliance.” Kim stressed that denuclearization was not for sale, saying that it would “never” happen until “the U.S. rolls back its hostile policy towards the DPRK and lasting and durable peace-keeping mechanism is built.”

Trump failed to resolve the security crisis due to three key mistakes: on sanctions, on inter-Korean relations, and on peace. He is not the only one having made these mistakes, and this is not to devalue some of the successes he’s had, like the two-year moratorium. Yet the United States and its allies still face today a hostile nuclear power with bombs ten times the strength of those dropped on Hiroshima and with missiles that have the range to strike anywhere on the U.S. mainland, even if North Korea has yet to demonstrate it can reliably do so. All in all, though, the threat likely became greater, as Trump’s failure to clinch a binding agreement left North Korea free rein to continue building bombs and missiles in the meanwhile.

The mistake of relying on sanctions

Trump’s first mistake was to assume that sanctions can force North Korea to give up its nuclear weapons. Overestimating the leverage of sanctions led him to refuse, at the Hanoi summit of February 2019, an offer that would have achieved a more modest goal: freezing nuclear development. North Korea proposed the verified dismantlement of its main nuclear weapons facility at Yongbyon and a formal moratorium on nuclear and long-range missile tests, in exchange for a lifting of five of the eleven UN sanctions resolution. The offer did not include the existing nuclear arsenal itself. Trump walked away, visibly hoping that North Korea would offer disarmament if pressed longer. In vain.

Trump and his administration have often maintained that sanctions impose on North Korea a clear choice between poverty with nuclear weapons and prosperity without. That framing, repeated by National Security Adviser Robert O’Brien recently, ignores North Korean security concerns. From Pyongyang’s perspective, the choice is between poverty and potential annihilation. The pattern they see is the U.S. first disarming countries and later turning on them once they are vulnerable, be it in Iraq, Libya, or Iran. Kim accordingly stressed in his January 1st speech the “resolution never to barter the security and dignity of the state and the safety of its future” under pressure of sanctions.

In fact, the ability of sanctions to successfully force disarmament turns on whether they can effectively force on North Korea a choice between surrender or collapse. Yet even Trump’s “maximum pressure” sanctions are not properly speaking an existential threat for the country. They are certainly taking a terrible toll on the population, as my co-authors and I found in the first comprehensive assessment of the human costs of sanctions. The thousands of deaths we estimated from the disruption of UN humanitarian programs are nevertheless a far cry from the hundreds of thousands of deaths that the country managed to overcome in the famine of the 1990s, or the millions of the Korean War.

The question then becomes whether sanctions can be made an existential threat through what some have called “maximum pressure 2.0.” There is in fact little left to sanction beyond the quasi-total embargo on North Korea-related trade, investments and financial transactions that Trump led since 2017. The logic of maximum pressure 2.0 proposals is to push instead for stronger enforcement of existing sanctions. There are of course considerable legal and moral problems in pressing further a sanctions regime that by now seems to deliberately take hostage a civilian population. Even in morbid Realpolitik terms, however, it seems highly dubious that stronger U.S. Treasury fines on Chinese companies complicit in sanctions evasion could push the thousands of deaths today to the hundreds of thousands matching the famine of the 1990s. Even that may not suffice, as the North Korean economy appears more stable now than in the post-Soviet economic crisis.

The mistake of blocking inter-Korean reconciliation

Trump’s second mistake was to prevent a deepening of inter-Korean reconciliation until there was progress on denuclearization. The division of Korea is at the root of the security crisis today: there would not be an issue if the two Koreas were on good terms, allied or even reunified. Indeed, reconciliation was progressing rapidly under the leadership of South Korean president Moon Jae-in, until a phone call by Secretary of State Mike Pompeo froze it in October 2018. What the Trump administration complained about was, in particular, an inter-Korean military agreement designed to build confidence between the two Koreas.

Trump’s decision to block inter-Korean reconciliation flows from the misguided assumption that sanctions are the key to progress with Pyongyang. In that logic, Trump saw reconciliation as undermining maximum pressure and hence reducing the chances of achieving denuclearization. Moon, by contrast, recognized that Pyongyang took the military threat more seriously than that emanating from sanctions. He accordingly defended reconciliation as a policy that would improve the chances of North Korea disarming, by reducing Pyongyang’s perception of military threat.  Alas, Trump was not convinced, and shut down the idea of South Korea lifting some unilateral sanctions imposed in 2010 against the North.

Trump had the means to force Moon to comply, especially given South Korea’s security dependence on the United States and the delicate relationship of his party to certain parts of the South Korean armed forces. In August 2018 already, the two Koreas were prevented from conducting a joint survey for the connection of inter-Korean railroads, as the U.S.-led “United Nations Command” blocked passage through the Demilitarized Zone. Moon later had to leave unkept the promises of economic cooperation made in the Pyongyang declaration of September 2018, as U.S. Treasury officials promptly contacted South Korean banks and conglomerates to warn them they would interpret these projects as breaches of U.S. sanctions. In this climate, the inter-Korean military agreement remained mostly stillborn.

The blocking of reconciliation led Pyongyang to first lash out at Washington, denouncing interference in inter-Korean affairs, and later also at Seoul, for its participation in U.S.-South Korea joint military exercises. Trump had in Singapore promised to suspend the exercises, but progressively let “downscaled” and renamed versions of the exercises proceed again, in particular after Hanoi. The post-Hanoi exercises appear to have precipitated the final breakdown of the burgeoning inter-Korean relations and coincide with the time U.S.-North Korea dialogue slowed to a trickle.

The mistake of delaying peace

Trump’s third mistake was to use peace as a “carrot” or incentive for North Korea to denuclearize, rather than to demonstratively make peace beforehand. Refusing a formal end to the Korean War boils down in legal terms to reserving the right to use force, making it a critical indicator for Pyongyang of threat levels and U.S. sincerity. Trump had started off promisingly with his unprecedented willingness as a U.S. president to openly talk about peace. Negotiations nevertheless started to stall as it became clearer that he expected, like his predecessors, that Pyongyang sign off its nuclear weapons before peace was established.

It seems Trump did propose a non-binding declaration to end the Korean War sometime later, but this failed to get around the sequence problem. While an unconditional end-of-war declaration can be a useful confidence-building measure, attaching denuclearization conditions risks turning it into trust-busting duress. That is visibly how Pyongyang interpreted such proposals, scoffing at the idea that such a declaration could be a “bargaining chip” for denuclearization. Pyongyang also made clear it did not consider a non-binding declaration a satisfactory substitute for a binding peace treaty or equivalent security guarantee. A declaration, it said, could be reduced to a “dead document” at any time.

Meanwhile, Trump rebuked Pyongyang’s own effort to get around the sequence problem in Hanoi. As noted above, Pyongyang then offered a nuclear freeze in exchange for partial sanctions relief, an interim deal that avoided the issue of both peace and the nuclear arsenal. North Korean Foreign Minister Ri Yong-ho explained this offer as a “trust-building measure,” saying: “Even though security guarantees are more important to us, we understood that it could be more difficult for the United States to take measures in the military field at this point.” He also stated this was a final offer. Trump still walked, and North Korea eventually took denuclearization off the table.