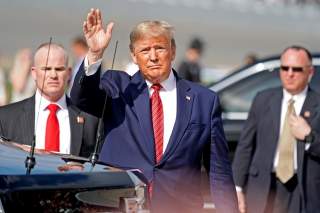 President Trump needs to take advantage of his strengthened political position following the impeachment fiasco to keep his 2016 campaign promises about reassessing obsolete American military alliances.  Unfortunately, thus far his approach has consisted of little more than empty talk. In terms of substance, Washington’s policies toward its NATO and East Asian allies have shifted very little. The administration’s principal change efforts have focused on demanding greater financial burden-sharing from its treaty partners in both regions.

That approach has worked only to a very limited extent. As Trump pointed out in his State of the Union address, the number of European NATO members meeting the agreed-upon target of spending two percent of their annual gross domestic product on defense has doubled during his administration. He neglected to mention, though, that the overwhelming majority of members still have not reached that target.

His track record with South Korea and Japan is not much better. In November 2019, the administration reportedly demanded that Seoul make a five-fold increase in its $900 million annual support payments for U.S. troops stationed in the ROK. Washington also pressed Tokyo to quadruple its $2 billion support payment. Both allies strongly resisted that pressure, and likely viewed the demands as a bluff.  As with earlier calls for greater burden-sharing by the NATO allies going back decades, U.S. leaders have never exhibited a credible willingness to withdraw U.S. forces if the calls were spurned.  Allied governments seem confident that the situation is no different this time.

Even in the unlikely event that they did accept Washington’s demands, the objective of financial burden-sharing fails to understand the real problem with U.S. foreign policy. The more fundamental problem is that the costs and risks of America’s alliance obligations now outweigh the prospective benefits—and the gap is growing rapidly. That situation is graphically apparent with respect to Washington’s security commitments in East Asia—especially to South Korea.  The “mutual” defense treaty with Seoul entails the risk of a U.S. military confrontation with North Korea. That was perilous enough when Pyongyang lacked any nuclear capability, much less the capacity to strike the American homeland.  Both conditions have now changed.

It should be puzzling, frustrating, and alarming to all Americans that the United States is still on front lines of any crisis involving North Korea. That dangerous, unrewarding role arose in a different era under very different circumstances. Washington’s commitment to defend South Korea from the communist North reflected the pervasive view among U.S. policymakers that the world was bipolar strategically, and that any victory by a Soviet or Communist Chinese client would be a dangerous setback for the United States and its “free world” allies.  Thus, U.S. leaders deemed keeping the noncommunist Republic of Korea (ROK) out of the clutches of international communism important to America’s own strategic interests.

Whatever the logic of such a commitment in a bipolar Cold War setting, circumstances have changed dramatically over the past three decades.  Unlike the backing that Moscow and Beijing provided to Pyongyang when the communist regime launched its military offensive in 1950 to conquer the ROK and unify the Korean Peninsula under communist rule, both China and noncommunist Russia have no desire for a  second Korean war—or even a boost in tensions in the region.  Even in the unlikely scenario that North Korea intends to invade the South again, Seoul’s vast economic advantage over its rival means that the ROK can build whatever forces it needs to deter or defeat such a conventional military threat.  It also can choose to build a nuclear deterrent to offset anything Pyongyang does in that area.

While North Korean leaders would logically regard as credible a determination by South Korea to defend itself, their assessment of a U.S. commitment to risk the American homeland to defend a small ally is far less certain.  Uncertainty about credibility has always been a problem with the entire concept of extended deterrence.  In any case, the existence of a North Korean nuclear arsenal and the growing reach of Pyongyang’s ballistic missiles markedly increase the risk level to the United State of maintaining the defense commitment to Seoul.

The necessity of trying to reduce that risk impels the United States to continue pursuing the chimera of getting North Korea to renounce its nukes and missiles.  As I’ve written elsewhere, Pyongyang is extremely unlikely ever to abide by those demands.  Those weapons are the North Korean government’s ace in the hole to prevent the United States from trying to replicate the forcible regime-change strategy it pursued in Iraq, Libya, and elsewhere.  Consequently, the risk level to the United States of trying to maintain its defense commitment to South Korea is certain to rise, not fall, in the coming years.

In a normal international system, the neighbors of a difficult and menacing state would have the primary incentive and obligation to deal with that country.  The United States should take steps consistent with that realization.  It is absurd for America to remain be on the front lines of a simmering crisis in a region thousands of miles from home, when other powers have far more at stake.

Washington can normalize its relations with Pyongyang—signing a treaty formally ending the Korean War, establishing formal diplomatic ties, and eliminating most unilateral economic sanctions—without persisting in the futile strategy of leading a multilateral effort to (somehow) induce Pyongyang to return to nuclear virginity.  The Trump administration should make that dramatic policy shift.  As it moves toward a normal relationship with Pyongyang, Washington should also inform South Korea, Japan, China, and Russia that the United States no longer intends to be on the front lines of trying to manage Northeast Asia’s security environment.  South Korean President Moon Jae-in already has taken initiatives for détente between his country and North Korea, and he has achieved modest success.  Washington should strongly encourage such moves by South Korea and other countries in the region instead of impeding them.

Because of geographic proximity and other factors, maintaining peace in that region should be far more crucial to North Korea’s neighbors than to the United States.  It’s time for them to assume the necessary responsibilities and incur the accompanying risks.  Donald Trump should at long last make his alleged willingness to change policies regarding America’s obsolete alliances a reality.  Korea is a good (indeed, necessary) place to start.