Don't Look To Joe Biden For A Breakthrough With North Korea 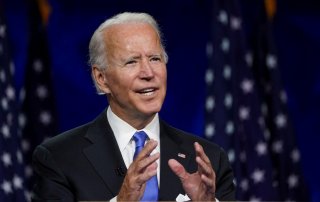 A Biden administration would be unlikely to unveil a creative new approach to achieve a breakthrough on the North Korea issue. Rather, we could expect a return to the familiar.

Biden has committed to returning the U.S.-South Korea alliance to the pre-Trump era. That means seeing this and other alliances as offering America value beyond what allies pay to support U.S. forces and installations. We could expect Biden to discard Trump’s demand that Seoul start paying five times more in host nation support of U.S. bases in South Korea. Biden will also drop the threat to pull U.S. troops out of Korea. A Biden foreign policy advisor recently said it is “almost certain no [US] forces would leave.”

Biden’s foreign policy brain trust includes several former high-ranking Obama administration officials steeped in the conventional U.S. thinking about Pyongyang. His top adviser, Tony Blinken, has a disappointingly shallow understanding of North Korea. Blinken said in 2017 that Kim Jong-un “at best acts impulsively, and maybe even irrationally.” Kim was somewhat bold to proceed with his nuclear missile program in the face of what turned out to be bluffs from the Trump administration, but his behavior has generally been cautious and eminently rational.

Jake Sullivan has said “North Korea is the land of lousy options,” that Pyongyang typically breaks its promises, and that negotiations “would inevitably involve years of motion with little movement, and ample opportunities for deadlock, breakdown and North Korean cheating.” Susan Rice has said the United States “can, if we must, tolerate nuclear weapons in North Korea” and that there is good reason to be skeptical about whether Pyongyang is willing to denuclearize. Tom Donilon has suggested the best possible outcome from the U.S. point of view might be a verifiable cap on the DPRK’s nuclear missile program.

A Biden policy toward North Korea would likely include the following elements. First, in contrast to Trump but similar to other past presidents, Biden would not attempt to base his policy on a personal rapport or chemistry with Kim, but would rather keep a disrespectful distance unless Kim took dramatic steps to improve relations with the USA.

Second, the new president would maintain economic and political sanctions in the absence of substantial progress toward denuclearization. Finally, while the Biden White House would initially continue the refusal to recognize North Korea as a nuclear weapon state, it might be willing in principle to negotiate a cap on North Korea’s nuclear and missile inventories if Pyongyang assented to a meaningful verification regime.

The likely result of Biden’s return to traditional US policy toward North Korea combined with the intransigence of the Kim regime would be a continued stalemate in which everyone muddles through: North Korea keeping its nukes but deterred from using them; the United States claiming to keep the faith by maintaining pressure through sanctions; China and Russia helping the regime survive; and South Korea either courting or shunning Pyongyang, with neither approach leading to a lasting rapprochement.

Biden might have other successes, but on the Korean Peninsula he would be merely the latest US commander-in-chief to preside over this problem that Americans cannot solve.

Denny Roy is a senior fellow at the East-West Center in Honolulu.