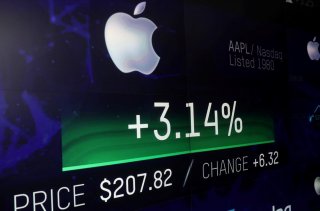 It was all over the news in late January and early February that Apple and Hyundai were in talks to work together on Apple’s long-rumored electric car. After weeks of reports, the talks ended without a deal, with Hyundai admitting as much in an official filing.

The reports caused a great deal of volatility in Hyundai’s stock over the course of the saga. And now, there’s an investigation in South Korea over stock trades related to the deal.

Reuters reported this week that South Korea’s stock exchange will soon begin an investigation into whether Hyundai executives used inside information to execute stock trades during the talks.

The report said that since Jan. 8, when the first media report appeared of the possible deal, Hyundai executives traded 3,400 shares, worth a total of 833 million won (the equivalent of $753,000) in the ensuing weeks.

“Reviews are to examine whether there is any suspicion (of wrongdoing) or not,” a spokeswoman for the Financial Services Commission told Reuters. “The length of such reviews varies with each case, and the exchange will communicate findings to the FSC.”

Hyundai and Kia, which are technically separate companies but have various financial ties to one another, were mentioned in various reports in both countries as in talks to make the fabled Apple Car. At one point, Kia was said to be near a deal to become Apple’s partner, with the understanding that the two companies would make the cars in the United States, at Kia’s plant in Georgia.

That ended, a little over a week ago, when Hyundai and Kia released filings stating that they were  “in talks with multiple companies about autonomous EVs, but that no decision has been made.” That news caused the stocks to tumble that day.

A few days later, there was another cycle, albeit a much shorter one, when Nissan Motor Co. both surfaced as a potential partner of Apple and went on to officially deny that they were in such talks. That article raised the issue of whether car companies are resisting doing business with Apple on the car project, out of concern over being seen as the “Foxconn” of automobiles.

“We are not in talks with Apple,” a Nissan spokeswoman told the Financial Times. “However, Nissan is always open to exploring collaborations and partnerships to accelerate industry transformation.”

“We have our own customer satisfaction, which comes by car. No way we are going to change the way we make cars,” Ashwani Gupta, Nissan’s chief operating officer told the same publication. “The way we design, the way we develop, and the way we manufacture is going to be as an automotive manufacturer, as Nissan.”