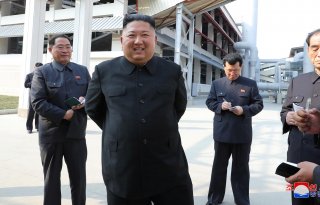 Based on the current dynamics in the region and the Korean Peninsula, it is possible to end the Korean War is possible by 2025 but not probable. The effort to transform the Armistice to a peace treaty has encountered numerous technical and political challenges. President Donald Trump launched an unprecedented diplomatic initiative to engage North Korea since 2018, yet the minimal result in both denuclearization and the peace process has demonstrated the tremendous difficulties in disentangling the entrenched security dilemmas.

Ending the Korean War would require the agreements among at least four parties about the arrangement: North Korea, South Korea, the United States and China. However, the four parties have certain conditions and requirements that are fundamentally at odds with each other. Other than the stalled inter-Korea dialogue and conflicting visions for the future of the Korea Peninsula, the two Koreas at various times also have also diverged away from the great power they align with in terms of the strategic priorities and tactical arrangements. For example, North Korea may not be on the same page with China on whether U.S. troop withdrawal from the Korean Peninsula should be a prerequisite for peace. Similarly, South Korea and the United States have had differences over the sequences between denuclearization and reconciliation. These differences within the alliance/alignment add to the distrust and the improbability of quick consensus.

The bigger challenge remains within the regional dynamics. With the relations between China and the United States are deteriorating, the prospect for reconciliation on the Korean Peninsula has been further complicated. With the enhanced great-power competition, China’s natural instinct is to retain the maximum amount of leverage vis-à-vis the United States. North Korea, as one of the issues where China’s cooperation is indispensable in its solution, has been given an even higher value and importance in Beijing’s foreign policy playbook. This may not suggest that China will indulge North Korea in its military, including nuclear provocation, but it does suggest that the conditions for China’s cooperation in ending the Korean War in way of a peace agreement will be exceedingly exhaustive, if not completely impossible.

If great-power cooperation is unlikely to happen, then the most probable path to a dramatic change of the status quo will have to come from within North Korea, most likely in the form of a change of leadership. In that scenario, North Korea most likely will fall as China’s protectorate, as attested by rampant speculations in that direction during Kim Jong-un’s mysterious disappearance this past spring. That might create the foundation for denuclearization, but major political realignment such as the end of the Korean War would be too soon to expect before the end of 2025.

Yun Sun is a Senior Fellow and Co-Director of the East Asia Program and Director of the China Program at the Stimson Center. Her expertise is in Chinese foreign policy, U.S.-China relations and China’s relations with neighboring countries and authoritarian regimes.

From 2011 to early 2014, she was a Visiting Fellow at the Brookings Institution, jointly appointed by the Foreign Policy Program and the Global Development Program, where she focused on Chinese national security decision-making processes and China-Africa relations. From 2008 to 2011, Yun was the China Analyst for the International Crisis Group based in Beijing, specializing on China’s foreign policy towards conflict countries and the developing world. Prior to ICG, she worked on U.S.-Asia relations in Washington, DC for five years. Yun earned her master’s degree in international policy and practice from George Washington University, as well as an MA in Asia Pacific studies and a BA in international relations from Foreign Affairs College in Beijing.