The Hanoi Summit – We Asked Joshua Nezam What Happens Next in U.S.-North Korea Relations 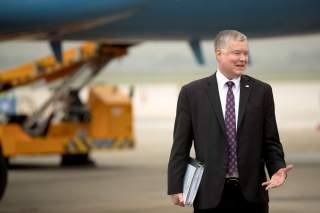 President Trump’s “grand bargain” proposal in Hanoi outlined his objective (short-term, complete disarmament) and preferred sequencing (swift disarmament followed by complete sanctions relief). The disagreements voiced suggest that a near-term compromise exists if Pyongyang is willing to dismantle most—but not all—of its nuclear architecture and Washington endorses sequenced sanctions relief, consenting to the retention of a limited nuclear program for the foreseeable future as a process unfolds. But this compromise now appears a fantasy.

Since Hanoi, National Security Advisor Bolton has become the public face of the Administration’s North Korea policy, hardening the U.S. negotiating posture by defining denuclearization to encompass the enrichment and reprocessing architecture, missile program, and biological and chemical weapons. Until North Korea dismantles these capabilities, Bolton insists Kim will receive no sanctions relief.

The Trump administration’s objective of denuclearization in the near-term will likely go unchanged—despite its incredibility—because the consensus in Washington is that Trump was right to walk away in Hanoi. Despite the increased costs of deterring a growing nuclear program and the heightened risks of instability if sanctions are maintained, few in Congress are willing to advocate for a sequenced approach if it is politically disparaged as de facto acceptance of North Korea as a nuclear state.

With gulf between both sides’ negotiating stances now exposed, perceptions of whose leverage grows in the interim will influence actions going forward. Kim will consider the merits of a calculated risk to signal that continued sanctions carry the price of a growing program, hopefully nudging U.S. negotiators to meet him on more favorable terms. Kim, aware that the U.S. government carefully monitors the Sohae launch site, has incited a debate in America over how to approach a stationary missile engine test or a satellite launch vehicle (SLV) test. Aware that past SLV launches catalyzed a breakdown of negotiations, acceptance of an SLV launch today would signal accommodation and the potential for Washington to alter its demands in the interest of sustaining diplomacy. Framed differently, allowing North Korea the right to a peaceful space program (permissible by international law) could signal a reconfiguration of its approach to relations with Pyongyang. Problematically, a launch could reinvigorate hardliners in Washington and undermine the growing call of experts for a new North Korea policy that discards the objective of short-term denuclearization.

At this point, the critical factor will be whether Washington perceives the unrestrained growth of North Korea’s nuclear and missile program as a reason to settle for a deal that falls short of near-term denuclearization. Support for this approach has only just gained ground in Washington, so Kim will likely take Washington’s pulse before risking upending the diplomatic process. Without political support for such a deal, Trump will keep Bolton in the driver seat and watch as the nuclear threat he once deemed “no longer” continues to grow.