The Hanoi Summit – We Asked Mitchell Lerner What Happens Next in U.S.-North Korea Relations 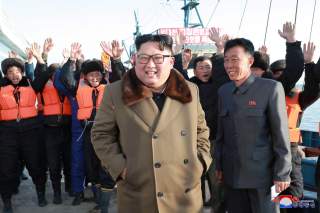 Space limitations prevent me from going into detail about the many reasons for my pessimism, but at its heart lies a central belief: North Korea has no intention of abandoning its nuclear program, and the United States has no realistic means of forcing them to do so. Kim’s reticence is rooted in many things, including the lessons of Libya and Iraq; a desire for deterrence stemming from the horrors of the Korean War; and the hope of holding a master card in future ROK relations; but mostly it reflects the critical role that the development of nuclear weapons has played in the regime’s domestic propaganda. The notion of the Kim family protecting the Korean shrimp from the scheming whales of the outside world has been a constant theme for three generations, and the nuclear program has become a vital part of that message. There is thus nothing the United States can offer that will outweigh Kim’s need to conform to this ideological paradigm that has buttressed the family dictatorship for more than a half-century, not even the promise of economic development that Trump sees as so enticing but is in reality as much of a threat to Kim’s control as it is a likely inducement. Talks, then, are simply a dog-and-pony show that has helped the North to improve its international image, boosted the Kim dictatorship, strained the U.S.-ROK relationship, and threatened the sanctions regime.

What comes next? More of the same, and likely with similar results. Both leaders benefit politically from talks, so expect them to continue. As the 2020 election comes into view, there may even be a much-ballyhooed “breakthrough,” consisting of some superficial agreement that quickly falls apart and returns us to the Cold War status quo. But it will all just be window dressing, Because, to cite another old saying about history: “The more things change, the more they stay the same.”

Mitchell Lerner is associate professor of history and director of the Institute for Korean Studies at the Ohio State University, as well as associate editor of the Journal of American-East Asian Relations.