The Hanoi Summit – We Asked Ramon Pacheo Pardo What Happens Next in U.S.-North Korea Relations 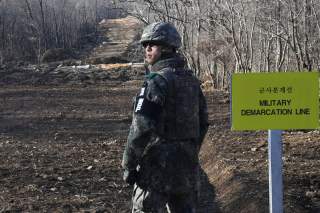 The Hanoi summit between President Donald Trump and North Korean leader Kim Jong-un promised a new beginning for U.S.-North Korea relations. In the aftermath of the no-deal summit, the Trump administration is instead moving down a road that would lead to renewed tensions with North Korea and frictions with South Korea.

To make it clear, the “all-or-nothing” approach that senior Trump administration officials have been suggesting in recent days is a non-starter for Pyongyang. There is no reason for North Korea to give up its nuclear programme in exchange for the promise of sanctions relief and diplomatic relations with the United States. This is akin to the “Libya model” from which Kim has surely learned. The only exception will be if the new, expanded version of denuclearization is the end goal following a confidence-building process.

The “all-or-nothing” approach would also strain U.S.-South Korea relations. South Korean President Moon Jae-in is eager to kick-start economic projects with North Korea as a means to start building a durable peace regime in the Korean Peninsula. Moreover, he probably needs to do this before the legislative elections scheduled for April 2020.

Inter-Korean cooperation is already being slowed down by the lack of progress in U.S.-North Korea denuclearization talks. Seoul would be hugely disappointed in Washington were these talks to break down due to the U.S. failing to agree to a denuclearization process with North Korea. So would many South Koreans who prioritize inter-Korean reconciliation over denuclearization. Absent a North Korean nuclear or intercontinental ballistic missile test the Moon government would have no incentive to support America refusing engagement with Pyongyang.

If the Trump administration seriously wants to test whether denuclearization is a real possibility and cares even slightly about its ally South Korea, Washington will eventually have to reach an agreement with Pyongyang. From Washington’s perspective, the fact that Kim wants to prioritize economic growth and needs the lifting of sanctions in order to do so is a strong bargaining chip. It is also positive that Kim is now on record saying that he is willing to denuclearize. This suggests that he is willing to take concrete and meaningful steps in that direction.

However, rigid adherence to an “all-or-nothing” approach and insistence on sanction pressure will lead nowhere. Pyongyang would simply endure sanctions until a more promising and realistic diplomatic process appears down the road. Kim can wait.