The Hanoi Summit – We Asked Ted Carpenter What Happens Next in U.S.-North Korea Relations 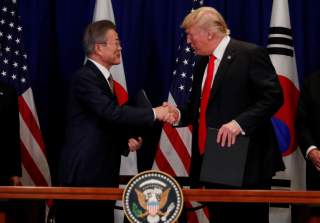 Despite the spin that both the Trump administration and the North Korean government adopted, the outcome of the Hanoi summit was a major disappointment. Widespread expectations existed that the meeting would at least produce a joint declaration ending the Korean War, the establishment of liaison offices in the two capitals, and some progress on the thorny issue of Pyongyang’s nuclear and missile programs. The abrupt end to the summit without even the publication of a joint communique was not according to script.

Both sides apparently wish to continue the bilateral dialogue, and that’s a good sign. However, the United States needs to adopt more limited, realistic goals. North Korea’s complete, verifiable, and irreversible denuclearization remains a long-shot proposition at best. It would require a degree of mutual trust that does not exist now and is not likely in the foreseeable future. Washington’s duplicitous behavior toward Libya and Iran following agreements on their nuclear programs has hardly encouraged such trust.

Instead of continuing to pursue the chimera of an end to Pyongyang’s nuclear and missile programs, Washington should propose more modest, limited agreements. Indeed, if North Korea truly did seek only a partial lifting of sanctions in exchange for closing the Yongbyon reactor complex, Trump should have accepted that trade. Likewise, an understanding (written or unwritten) to continue the mutual restraint whereby North Korea refrains from conducting nuclear and missile tests and the United States puts its annual joint military exercises with South Korea on hold is a limited but constructive step. A peace declaration and the establishment of embassies (not just liaison offices) are both achievable, worthwhile accords. Such measures should be at the top of the agenda for the next summit.

Washington’s overall goal needs to reflect two changes. One is to establish a normal relationship with Pyongyang. That means ending the cold war hostility to the North Korean regime, despite its repression and brutality. A normal relationship likely also means learning to live with a North Korea that has at least a limited nuclear capability.

The other policy change should be to reduce America’s risk exposure. That means not remaining the point man in dealing with North Korea over the long term. After establishing a more stable bilateral relationship with Pyongyang, U.S. leaders should inform North Korea’s neighbors that they must now take primary responsibility for containing that country. It is both bizarre and unnecessary for the United States, located thousands of miles away, to be in charge of policy toward Pyongyang. East Asian countries that have more extensive interests at stake should have that task.

Ted Galen Carpenter, a senior fellow in security studies at the Cato Institute and a contributing editor at the National Interest, is the author of twelve books and more than 750 articles on international affairs. His latest book is Gullible Superpower: U.S. Support for Bogus Foreign Democratic Movements.