The History of Negotiating With North Korea: How Trump Will Rate Compared to His Predecessors 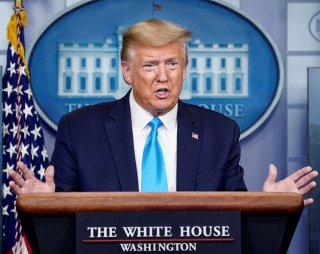 I’m betting that the next six months on the Korean Peninsula will be essentially more of the same. My odds on continuity are 2 to 1—but the 1 recognizes that in the case of both Kim Jong-un and Donald Trump, surprises happen.

I do not think it’s likely that Kim Jong-un will conduct another test of ICBMs—since Trump had repeatedly drawn a bright red line there. Kim Jong-un and his experts would rightly be worried that were they to cross this line, especially in an election season, Trump would respond by attacking North Korean ICBM launch sites—as he’s signaled he would do.

The related question is how historians are likely to grade Trump versus Kim in comparison to Trump’s two predecessors—should Trump lose in November. The best analogy I can think of is the Olympic shotput competition. In that:

-George W. Bush vs Kim Jong-il ended zero to eight. Having entered office insisting that Kim Jong-il would never be allowed to develop nuclear weapons, as Bush left office, the intelligence community estimated that Kim had an arsenal of eight.

-Barack Obama vs Kim Jong-un requires two scores: Kim’s arsenal grew from eight balls to some twenty to sixty. But more consequentially, Kim ate his Wheaties and worked on extending the distance to which he can throw a ball from five feet to twenty-five feet (far enough to reach American military bases in Guam); and Kim was also practicing a maneuver that would allow him to throw shots eighty feet to hit the American homeland.

-Under Trump, Kim increased and improved his arsenal of shots, including material for making the balls, but on the second metric—“throw distance”—while Kim perfected his technique to reliably throw balls to twenty-five feet, Kim stopped practicing the maneuver that would otherwise have proven beyond doubt he could throw shots all the way to Washington, DC.