How to Get Coronavirus-Relief Efforts on North Korea Right 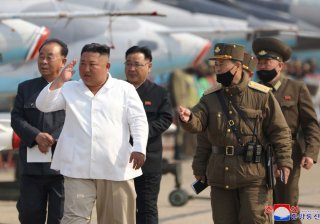 Humanitarian disasters in closed, authoritarian regimes pose particular challenges to the international community. Government actions can exacerbate or even create crises; this was certainly true of the great famine of the early 1990s. Yet the victims of the regime’s choices are innocents, including overstretched but dedicated doctors and health care workers. If the sanctions regime is impeding an outside humanitarian response, it needs to be adjusted–and quickly. There is evidence—outlined below—that sanctions exemptions are being granted to multilateral institutions and NGOS with greater speed. But by sheer proximity, China and South Korea are best positioned to play a role, and should exploit the discretion they are being given to act.

Where do things currently stand with respect to COVID-19 in North Korea? (The best English-language aggregator is NKPro’s, which includes a thorough timeline). There can be little question that the government moved quickly to close the border and initiate quarantine protocols on those entering or returning to the country. These restrictions began on January 21 with tourism (overwhelmingly Chinese and an important source of foreign exchange that did not fall under multilateral sanction) and within a week, the border had been closed almost altogether. The one land port of entry that remained open—across the bridge linking Dandong and Sinuiju—got snarled in the border closure and quarantine protocols on both sides, although trade resumed in April.

By the fourth week of January, state media were openly addressing the issue domestically as well and Rodong Sinmun covered domestic quarantines in several provinces as early as March 1. Yet transparency remains an issue. To date, the regime has still not announced the presence of any cases in the country, even though underground sources were reporting deaths from COVID-like symptoms across a number of provinces in early March.

As elsewhere, COVID-19 has both an economic and medical dimension. As a result of the sanctions regime, North Korea is almost completely dependent on China for external sources of supply. Although sanctions evasion is rampant, the country has almost certainly faced an external shock as a result of the border closure. Close analysis of food prices through the first week of March by Benjamin Silberstein at 38North detected an uptick that could reflect both scarcity and panic buying. Prices remain elevated in more recent data (March 20).

More damaging is the fact that the multilateral sanctions regime—while formally permitting exemptions—has proven highly cumbersome to navigate. Product bans have swept up a variety of products that are crucial both to public health generally and to management of COVID-19 in particular. A major concern is the way financial sanctions have impeded the aid effort. The UN and prominent NGOs have repeatedly complained about the difficulty of funding their North Korean operations because of banks’ skittishness in transferring funds to North Korean entities. They have been forced to resort to cash transactions as a result.

The American response to the potential humanitarian crisis in North Korea has been mixed, but broadly reasonable. In contrast to the famine era, North Korea quietly sent out feelers for aid quite early. In mid-February, the State Department issued a sober statement offering support. On March 19, Secretary Pompeo reiterated that offer—and on the Hannity show on Fox News no less—and the President himself reportedly sent one of his personal missives on the issue. But American officials—including Secretary of State Pompeo—as well as outside commenters, have also insisted that sanctions pressure should not be taken off, and North Korea has predictably bristled that aid could be a Trojan horse.

What is said may be less important than what is being done, however; Keith Luse at the National Committee on North Korea has the most granular coverage. As he notes, there has been a lot of high-level communication on the issue of adjusting sanctions in the COVID era: in the UN Secretary-General’s letter to the G20; in the High Commissioner for Human Rights statement and in a joint letter by seven countries—led by China and Russia–to the UN. The latter is rightly seen as a move in the global propaganda war, as Washington, Beijing and Moscow seek to jockey for position in the COVID-19 blame game.

However, we looked closely at the 11 requests for multilateral sanctions exemption through the so-called 1718 committee since December; the information can be found here. We calculated the number of days it took for the committee to issue exemptions to applicants. For those requests made in December and January, the average time for approval was 22 days. For those made in February and March, the time fell to 7 days. Those applying can request that their appeals not be made public, and the committee may not report rejections. Sources with knowledge of the process have told me that the 1718 committee now operates with the intent of three-day turnaround on COVID-19 exemption requests.

These actions are inferior to a wider sectoral review of whether the dual-use net is being cast too widely. Nonetheless, it is clear that exemptions are being granted more swiftly and that the U.S.—given its effective veto power—is allowing COVID-related aid to get through.

Sanctions have a role in getting North Korea back to the table. But President Trump—despite his letters to Kim Jong-un—signaled even before the COVID crisis that he did not anticipate a major initiative on the nuclear question prior to the election. Kim Jong-un has shown his pique by resuming missile tests in 2019, and even into the COVID era. Yet that should be seen as a sign of weakness not strength, including possible domestic pushback to Kim Jong-un’s policy failures with the United States. The Trump administration has been right to play down the actual risks.

With nuclear negotiations in any case stalled out, the appropriate policy for the United States is not to promise aid directly, but to continue to waive those sanctions that are needed for any relief effort. China, the humanitarian community and particularly South Korea should take the lead. South Korea has now authorized its first, small-scale private aid effort. Giving President Moon Jae-in scope for maneuver on the humanitarian front is superior to opening commercial ventures, like the Kaesong Industrial Complex, that provide cash directly to the regime. It is overly hopeful to see this as an opening that will have wider effects, and as noted the North Koreans are wary. But as Secretary Pompeo himself said in his Fox interview, “it’s the right thing to do in a time of crisis.”

Stephan Haggard is a Non-Resident Fellow at the Korea Economic Institute and the Lawrence and Sallye Krause Professor of Korea-Pacific Studies, Director of the Korea-Pacific Program and distinguished professor of political science at the School of Global Policy and Strategy University of California San Diego. The views expressed here are the author’s alone.