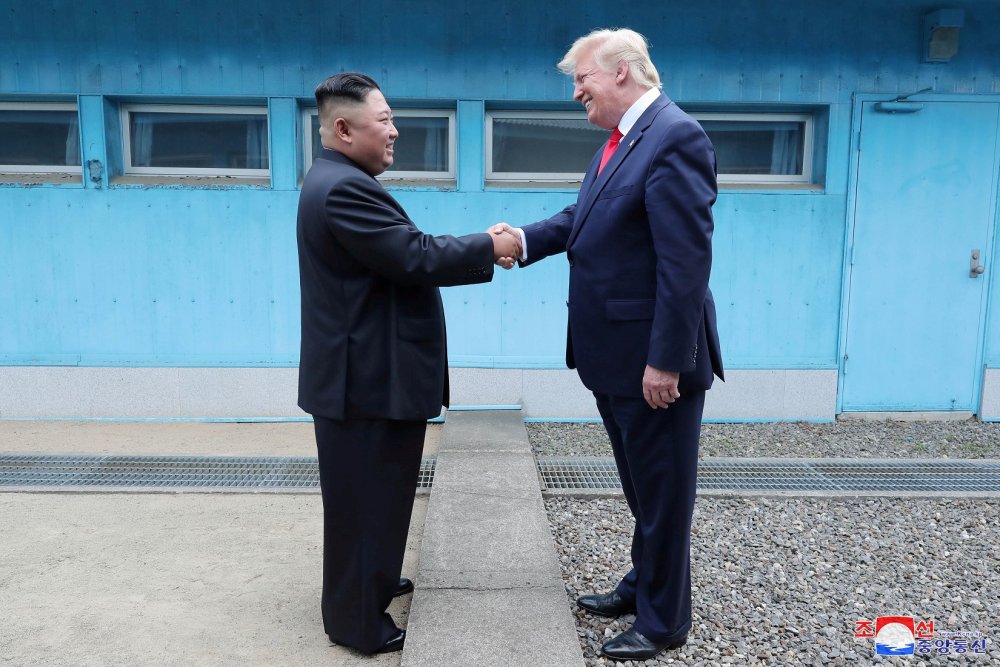 But South Korean unification minister Kim Yeon-chul has outlined one way they can, according to an analysis by 38 North, a think-tank that’s part of the Stimson Center in Washington, D.C.

To that end, Kim Yeon-chul in March 2019 advocated reintroducing a program based on the U.S.-Russian Cooperative Threat Reduction program, which aimed to prevent the proliferation of nuclear weapons through exchanges of economic incentives.

A U.S.-North Korean agreement similar in concept to the CTR could incentivize North Korea to strip Yongbyon of its military potential.

“One possibility would be the establishment of programs to redirect weapons scientists to civilian programs, as was done in Russia, Ukraine, Iraq and elsewhere,” Chesser and Pitz wrote. “More ambitious schemes raised by the North Koreans would seek to convert the Yongbyon facility into a peaceful scientific research center.”

Enthusiasm for continued cooperative work will be sustainable if it produces positive, visible results. The Yongbyon facility is a highly visible North Korean success story. Because it is a symbol of national pride and achievement, decommissioning and abandoning this site may be an unpalatable prospect for the [Democratic People’s Republic of Korea].

Quickly repurposing a portion of the site to serve private, public, political or military sectors may help to mitigate North Korean resistance by providing services not available, or in short supply, in the DPRK and employing many retrained personnel from the Yongbyon region.

Converting Yongbyon to civilian use would be challenging.

“Ideally, the initial project would remodel buildings on the site after they have been remediated to unrestricted use standards,” the 38 North analysts wrote. “Typically, the high-priority projects would contain the highest amount of contamination and/or present the greatest challenge for dismantlement.”

But all this theorizing is meaningless if North Korea isn’t willing to give up at least some of its nuclear capabilities. So far, there is no indication Kim is willing to budge. His photo-ops with Trump, for which Kim gave up nothing, may even have emboldened the dictator.

North Korea hardly is desperate to negotiate an agreement with the United States ending or even merely limiting its nuclear-weapons program.

“Pyongyang would certainly appreciate the lifting of sanctions, a peace treaty, investment and trade, but it has other options, too,” 38 North expert Ruediger Frank explained in a separate, July 2019 report.

The assumption that Pyongyang is desperate for sanctions-relief, and thus willing to trade its nukes for market-access, “is based on the expectation that North Korea, like any other country in the world, will be technically unable to achieve high economic growth if the U.S. does not want that,” Frank wrote.

“The logic behind this is, more or less, that no company or country of any significant size would dare violate a U.S. or U.S.-backed embargo on trade, financial transactions and technology transfer,” Frank added. “This argument, however, might not hold true for that much longer in a changing geopolitical landscape.”

Indeed, in early 2019 activity continued in the uranium-enrichment plant at Yongbyon, according to 38 North.

“We continue to see activity around the Uranium Enrichment Complex in terms of vehicles, equipment and personnel arriving and departing. Imagery shows what appears to be a white tanker trailer near the far west end of the complex on Feb. 16 or 17 until the morning of March 27, [2019],” 38 North’s analysts wrote.

Far from signaling it’s willing to give up Yongbyon as a nuclear-weapons facility, North Korea appears to be adding to the site’s potential for military use.