How South Korea Battled Coronavirus (And Was Largely Successful) 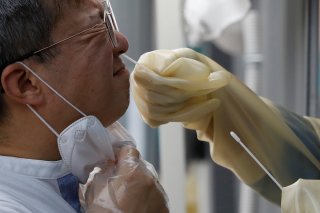 Despite the number of cases and deaths related to the coronavirus continuing to rise in many regions of the world, South Korea has been able to largely keep the contagion under control without paralyzing its national health and economic systems.

Although the country has witnessed a surge in new cases over the past week, South Korea still only has roughly 20,000 confirmed infections and 324 deaths, according to the Korea Centers for Disease Control and Prevention.

For comparison, the United States, which has the biggest outbreak in the world, recently surpassed the six million mark for total cases and has seen more than 183,000 deaths, according to the latest data from Johns Hopkins University.

This begs the question: How did the East Asian nation of fifty-two million people accomplish this?

According to a recent research article out of the University of Colorado Denver that was published in The American Review of Public Administration, the “critical factors in South Korea’s public health administration and management that led to success include national infectious disease plans, collaboration with the private sector, stringent contact tracing, an adaptive health care system, and government-driven communication.”

For example, health authorities there have largely tapped into aggressive testing and technological tools, which include using mobile-phone location data and credit-card records for contact tracing and tracking apps to monitor individuals who are quarantined at home.

A 2020 survey by the Institute for Future Government found that 84 percent of South Koreans accept the loss of privacy as a necessary tradeoff for public-health security.

However, attaining similar levels of compliance in a country like the United States would be more difficult to achieve, according to Jongeun You, the research article’s author.

“There are many variables to consider when emulating policies from other countries,” he said in a statement.

“South Korea’s extensive surveillance and contact tracing using ICT (information and communications technology) may not be applicable at the federal level in the U.S. due to different cultural norms.”

You also noted that the United States could have done a better job in quickly ramping up its coronavirus testing capacity, which likely gave the virus more time to spread across the country.

South Korea had its first confirmed coronavirus infection on January 20, but the country was able to develop testing capabilities by the end of that month after a fast review from Korea’s Ministry of Food and Drug Safety.