If Kim Jong-un Died, It Would Make the U.S.-China Rivalry Worse 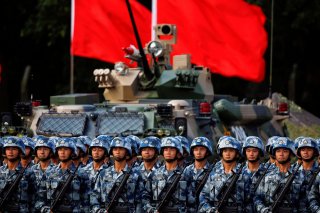 Though Kim Jong-un reemerged after disappearing from public view for nearly three weeks, speculations about his health and succession persist. Will North Korea have a smooth leadership transition? How will it affect regional security at a critical moment? What will China and the United States do? These will be some of the important questions in every observer’s mind if Kim were to die suddenly.

Undoubtedly, Kim’s demise will inject a new dose of uncertainty to a region already rife with conflicts and will exacerbate U.S.-China strategic rivalry in East Asia.

A joint U.S.-China effort to ensure the stability of the North Korean regime and East Asia, in general, is desirable but unlikely given the current distrust between the two powers. The United States and China will compete for currying favor with the new leadership and shaping the development of North Korea. Both countries will take advantage to enhance their strategic interests in the region. Denuclearization and a strong foothold in East Asia are Washington’s main interests, while stability and gradual reduction of U.S. influence in the region are Beijing’s.

U.S.-China relations were already in terrible shape in recent years. They are further strained as the two powers are engaged in a diplomatic tussle over the COVID-19 pandemic. Meanwhile, tensions in the Taiwan Strait and the South China Sea remain high. Cross-strait relations continue to deteriorate as Tsai Ing-wen begins her second term. China has become more assertive in the South China Sea, allegedly sinking a Vietnamese fishing trawler and creating two new administrative districts in controversial areas. Differences over their North Korea policies will add fuel to the fire in U.S.-China strategic rivalry.

In the short run, the historical bond between China and North Korea will remain strong when new leadership takes charge in Pyongyang. China has been—and will continue to be—the vital source of economic aid and the most important diplomatic ally for North Korea.

If Kim died suddenly, China will surely secure its borders with North Korea immediately to avert a massive influx of fleeing North Koreans. If power struggle is taking place in Pyongyang and nobody appears to be in control, China is likely to directly intervene, perhaps by sending a group of senior advisors, to help establish a pro-Beijing regime.

Internal uprising remains a low possibility in North Korea due to tight control of information and a lack of mobilization for collective action. Denuclearization will become more challenging since the new leadership will need to demonstrate their mettle to their rivals and the North Korean people.

Among all possible candidates, Kim Yo-jong is most likely to emerge as her brother’s immediate successor. The male-dominated Confucian tradition in Korean political culture seems to be a key obstacle to her assuming the top position. But this is not insurmountable if she has cultivated a strong alliance with party elders and top military brass. After all, Ms. Park Geun-hye served as the President of South Korea not long ago, albeit through elections.

Kim Yo-jong will almost certainly disappoint those who think she will be a softer dictator or will be more accommodating on the nuclear issue. This is clear from her condemnation of South Korea as a “frightened dog barking” after Seoul protested against a live-fire military exercise by the North in early March.