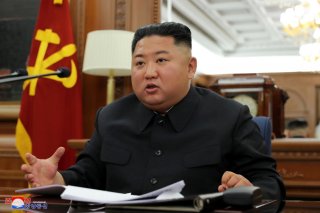 The forthcoming U.S. presidential election is likely to bring about substantial and, in some cases, even fundamental changes to the current U.S. foreign and domestic policies. This applies to U.S.-North Korea policy. If Joe Biden wins the forthcoming presidential election, his approach to North Korea is likely to be different from that of the Trump administration in several important ways.

To begin with, Biden’s North Korea policy is likely to be based on professional expertise and bureaucratic input rather than personal instinct and gut feeling as that of the Trump administration. That means more coherence and consistency with the principles and goals of U.S. foreign policy. Although his personal preference is likely to remain critically important in policy formulation, Biden is likely to give much more respect to the views and opinions of the experts and bureaucrats.

In the second place, Biden’s North Korea policy is likely to be more rational and predictable than that of Donald Trump. Rational in the sense that it will be well balanced between values and interests and between short-term and long-term considerations rather than just short-term political calculations. More predictable in the sense that it will be based on principles and interests rather than short-term transactional considerations.

In the third place, Biden’s North Korea policy is more likely to be down to earth and pragmatic rather than the wishful and unrealistic approach of Trump. The priority is likely denuclearization. Its purpose is not just to make sure that North Korea gives up nuclear weapons but also to maintain the international regime of nonproliferation of weapons of mass destruction. The policy is also likely to be a mix of sticks and carrots. Sticks include diplomatic pressures, economic sanctions, military exercises and the threat of military attack. Carrots include normalization of relations with Pyongyang, lifting economic sanctions, providing economic assistance, and offering market access to North Korean products. And it is also likely to be a gradualist action-for-action approach that addresses North Korea’s concerns as well as those of the international community.

Whether a Biden approach is going to succeed depends on a number of factors. First, it depends on whether Biden can come up with an approach that has a promise to work. That probably requires both tougher pressures and greater incentives to persuade North Korea to give up nuclear weapons. Second, it depends on whether Biden can persuade China to cooperate in implementing its policy. Given the fact that the U.S.-China relationship has been pushed to the verge of confrontation during the Trump administration, it may require some efforts to repair it to the extent that China feels comfortable to cooperate. Third, it depends on how much Biden can persuade the international community to impose pressures tough enough for North Korea to take denuclearization seriously and work with South Korea, Japan and China to put together a package of incentives attractive enough to persuade North Korea that denuclearization is the best way for it to pursue security and prosperity.