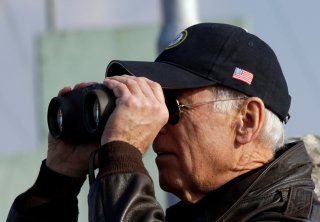 U.S. presidential election is coming this November. This election will bring about many changes in U.S. foreign policy, including North Korea depending on who will be elected as the next president. The results of the U.S. presidential election have a big impact on South Korea. This is because U.S. policy could bring about changes in various areas, including the economy and diplomacy of its ally, South Korea. In particular, it is very important to see what attitude the next president will take in the North Korea policy, which is the core of the U.S. Korea policy.

If President Donald Trump succeeds in re-election, it is highly likely that existing policies based on ‘America First’ will continue. Following the revision of the Korea-U.S. free trade agreement, the Trump administration is demanding a significant increase in defense costs for the U.S. Forces in Korea. If negotiations on sharing defense costs do not go as intended, there is lingering speculation that the U.S. military might push for a reduction in its troop level. It is also expected that the Trump administration will strongly demand South Korea's participation in the anti-China coalition.

Regarding North Korea, a President Joe Biden will empower its negotiators and jump-start a sustained, coordinated campaign with its allies and others, including China, to advance shared objectives of a denuclearized North Korea. Biden supports diplomacy with North Korea, but he claims that Trump's talks with Kim Jong-un have not been successful and potentially backfired, leaving him to only ‘legitimize a dictator.’ Biden supports the ongoing negotiations, but this is possible when Kim takes concrete steps to dismantle his nuclear program and makes progress toward the final goal of complete denuclearization. He said he would not continue direct personal diplomacy with Kim. He claims that President Trump's repeated meetings with Kim are "photo-ops" and that they consolidated Kim's regime without making any concessions, aggravating the situation. "We still haven't won a single promise from North Korea... We haven't destroyed a single missile or a nuclear weapon. We couldn't even send a single inspector to the scene," he said.

If Biden wins, the tone of dialogue toward North Korea will remain, but the approach will be different than it is now. The Biden foreign policy team has a group of experts who have extensive experience in negotiating with North Korea. They will not engage in irresponsible negotiations, like Trump, which will mark an agreement that will not be implemented for political overstatement and then lie down. The Democratic Party prefers policies through multilateral approaches and coordination with allies. However, since the Democratic Party's foreign policy is very realistic, it may implement a policy that takes into account the changed nuclear capabilities of North Korea. So if Biden wins, South Korea needs a much more sophisticated and strategic North Korea policy than it is now.

South Korea needs to review its North Korea denuclearization strategy no matter who wins the election, Trump or Biden. Taking advantage of the heated competition between the U.S. and China for hegemony in the wake of the COVID-19, the South Korean government is trying to separate relations between the two Koreas and the United States and North Korea to only engage in inter-Korean relations regardless of progress in denuclearization. The result may be decoupling between South Korea and the United States. That will be the worst scenario for South Korea.