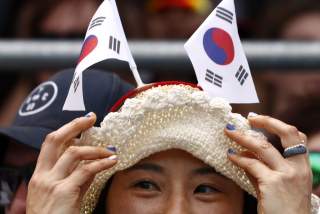 This island to the southwest of Busan, which was the birthplace of Moon Jae-in, was the site of one of the closest elections in 2016. Incumbent Kim Hanpyo of the LKP/UFP won by 0.7 points. Moon Sang-mo is a frontrunner for the Democratic Party nomination. According to a February survey, Kim would lead Moon by two points.

These two neighboring swing districts in the north part of Seoul will be a challenge for the conservatives to hold. The Liberty Korea Party won with 39.5 percent of the vote in Gangbok A and 43.7 percent in Dobong B, with the help of the center-left People’s Party winning 20 percent or more in both districts, splitting the anti-conservative vote. This time around, the People’s Party has does not exist, so the winning party might need to have closer to a majority. The two districts have voted for the same party in every election since 1996.