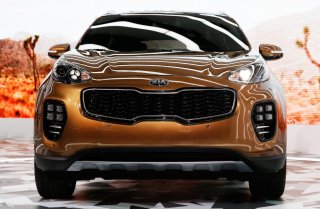 The nearly two-year-long coronavirus pandemic is far from over in South Korea, but it appears that Kia’s auto sales have picked up considerable steam when compared to during the tough economic environment of 2020.

Kia, which is the East Asian nation’s second-largest automobile manufacturer after Hyundai Motor Company, registered total global sales of 222,232 units in November, a 13.3 percent decrease year-on-year, according to the company’s release. The lackluster numbers over the past month, however, could largely be attributed to the global semiconductor supply shortage that negatively affected sales.

Jacob Kirkegaard, a nonresident senior fellow at the Peterson Institute for International Economics, recently told The Korea Herald that the global supply bottleneck in the semiconductor sector will likely be resolved over the next few months.

Despite the production hiccups in November, Kia is still recording a 7.6 percent increase in global sales year-over-year, which is reflecting the popularity of the company’s strong product line-up in 2021.

For comparison, during the full calendar year 2020, Kia reported global sales of 2.61 million units, which was down 5.9 percent from 2019. Much of those struggles were due to the ongoing pandemic and the difficult circumstances seen across global markets.

Kia’s auto sales are gaining even more traction in the United States. Kia America has announced November sales of 45,318 units, which will guarantee that the company will set an all-time annual record before New Year’s.

“Breaking the all-time annual sales record with one month left in the sales cycle is concrete proof that demand for Kia vehicles is on the rise and has been throughout the year,” Eric Watson, vice president of sales operations at Kia America said in a statement.

“With the all-new Kia EV6 arriving soon and the Sportage, including hybrid and plug-in hybrid models arriving throughout the first half of 2022, we are confident that the interest in Kia will not wane anytime soon,” he continued.

It also appears that Kia’s solid performance this year is mirroring South Korea’s steady economic recovery from the ongoing pandemic. In fact, the Bank of Korea has forecast growth of roughly 4 percent for this year due to robust export figures.

“While Korea’s recovery lost some momentum last quarter as the virus weighed on growth, the economy should pick up pace again this quarter as high vaccination levels allow the rolling back of containment measures,” Alex Holmes, Asia economist at Capital Economics, told the Financial Times.

Meanwhile, per KBS World, South Korea’s economy is still projected to continue to rank the tenth largest worldwide for a third consecutive year in 2022 in terms of nominal gross domestic product (GDP), according to data from the International Monetary Fund. The financial institution is predicting that South Korea’s economy will grow 4.3 percent this year and 3.3 percent in 2022.