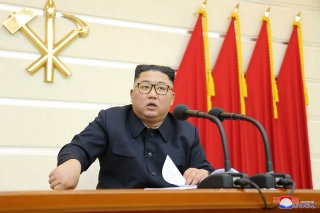 North Korea’s Chairman Kim Jong-un appeared three weeks after he disappeared from the official seat. His stealth, which received keen attention from the Korean Peninsula as well as the global village as much as news about the coronavirus, ended with a simple rest, not a health problem. Even if he moved to the completion ceremony of the Suncheon phosphoric acid fertilizer plant in South Pyongan Province using the electric cart that his father, Kim Jong-il, had used after the myocardial infarction, there seems to be no major problem in his appearance and activity. In particular, Kim, a regular smoker who had news that he had cardiovascular surgery during the disappearing period, casually smoked and inspected the factory. He deliberately made a gesture to deny Western media reports. What he has done over the past three weeks remains a mystery.

If there are no health problems, Kim Jong-un’s future tasks will be two. The first is to actively pursue countermeasures for the recovery of the economy, which has been severely stagnant due to the coronavirus crisis. The recovery of the North Korean economy, which had only $3 billion in trade last year, depends on reducing the proportion of military expenditure and increasing the share of economic development investment. However, Kim will not intend to reduce spending on military expenditures by pursuing a policy of simultaneous development of nuclear and economic. After all, without the drastic change of policy, it is very difficult for Pyongyang to find omnipotent measures for an economic miracle. Next, he faces the challenge of lifting the UN Security Council sanctions against North Korea adopted since 2017 in negotiations with President Donald Trump.

There may be three categories of North Korean actions against the United States to lift UN sanctions. First, it is a scenario in which Kim presses Trump through strong military actions, such as the launch of medium- and long-range missiles. This is a way to get concessions by humiliating Trump, who propagates to voters that he has managed North Korea well before the November elections to prevent war. The following is a scenario that the regime struggles with the United States, showing off presence with a low-intensity provocation within a range of five hundred kilometers rather than a serious provocation such as a nuclear test or ICBM launch. The third is a scenario in which he summons Trump on a rhetorical level and holds the summit again. However, it is not clear which scenario will obtain good results. In particular, there may be a limit to North Korea’s actions to stimulate the United States in a situation where conflicts between the United States and China are intensifying after the corona crisis. It is compelled to judge that the United Nations’ additional sanctions, which are expected because of North Korea’s unwary military provocations later this year, will not help them overcome their serious economic crisis. The last is an extra and imaginable scenario in which he needs to rest and reduce actual external activities due to his real health problems. It is based on the report that Taiwan’s intelligence chief testified at the National Assembly: “Kim was sick.” It can be credited to a medical diagnosis that is deduced from high obesity of 170 kilograms in height and 130 kilograms in weight.

Eventually, he will be eagerly awaiting U.S. elections this year and be ready for the new game with the winner of the confrontation between Trump and Joe Biden next year. He can give the excuse that due to the corona crisis North Korea will not create unnecessary tension this year. In reality, there will be few alternatives for him to solve international politics in the coronavirus crisis.

Dr. Nam Sung-wook is the dean of the Graduate School of Public Policy at Korea University. He is the former president of the National Intelligence Security Institute.