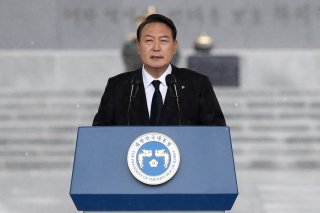 Yonhap News Agency reported that nearly two feet of rain fell in Seoul from Monday to Wednesday morning, according to the Korea Meteorological Administration (KMA). The already hard-hit areas, however, could see an additional foot of rain through Thursday, which might lead to further flash flooding and mudslides.

In response, the South Korean government has mobilized workers and soldiers to restore buildings, roads, and other facilities in the greater Seoul area that have been prioritized as part of emergency recovery measures. According to the Central Disaster and Safety Countermeasures Headquarters, more than 500 people are still displaced from their homes due to the flooding.

Meanwhile, as reported by the Korea Herald, President Yoon Suk-yeol apologized to the nation on Wednesday regarding the heavily criticized government response to the flooding.

“I, representing the government, offer an apology to the people who went through inconveniences and pay tribute to those who lost their lives,” he said.

“Those who are in difficulties [financially] and physically are more prone to the damages of natural disasters. Korea will only be safe when they are safe,” he continued.

In South Korea, lower-income people often live in basement apartments, putting them at higher risk of being trapped during a flood.

“The state holds infinite responsibility for the safety of its people. Every public service official should know about this. The flooding of the downtown area is more than just an event that happened for the first time since we started to measure the weather. We have to come up with fundamental countermeasures for these phenomena,” he said.

“We should operate an immediate warning system, monitoring all water levels of the nation and simulating [what could happen] using the latest digital technologies, as ours have advanced greatly,” he concluded.

Meanwhile, the record rainfall is doing little to curb the fast-rising cases of Covid-19 in the country, which surpassed 150,000 cases on Wednesday alone. That figure is the highest since April 12, when health officials tallied roughly 195,000 infections. The number of critically ill patients also eclipsed 400 amid a prolonged resurgence fueled by the highly transmissible Omicron variant.

“The speed at which Covid-19 spreads is accelerating again,” Lee Ki-il, a deputy health minister, said during a Covid-19 response meeting on Wednesday.