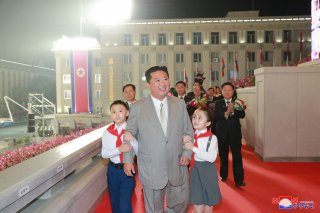 Over the weekend, North Korea conducted a successful test of long-range cruise missiles, the regime announced through state media.

“The development of the long-range cruise missile, a strategic weapon of great significance . . . has been pushed forward according to the scientific and reliable weapon system development process for the past two years,” the Korean Central News Agency said, per Yonhap News Agency.

Ken Gause, director of the Adversary Analytics Program at CNA, told VOA that he sees the Biden administration returning to “strategic patience,” which was the North Korea policy for much of the Obama presidency, at least after the deal to disable the Yongbon reactor fell apart in 2012.

“After that fell through, they really didn't try to go back to the negotiating table,” Gause told VOA. “The Biden administration is made up of a lot of people that served in those administrations, and probably, their latitude for trying new things with North Korea is probably somewhat limited.”

Scott Snyder, director of the program on U.S.-Korea policy at the Council on Foreign Relations, had a different view, also speaking to VOA.

“The Biden administration, in contrast to the Obama administration, [has] expressed public concern about North Korea's nuclear development and recognized that it cannot be kicked down the road too far,” Snyder told VOA. He also told the news organization that the current turmoil in North Korea, including reports of food shortages, are likely to complicate attempts at diplomacy by the United States.

The State Department says it is continuing to pursue diplomacy in North Korea. During the Trump administration, President Donald Trump met multiple times with North Korean leader Kim Jong-un, but those meetings did not result in any kind of deal.

“When it comes to the United States, our goal continues to be the complete denuclearization of the Korean Peninsula,” U.S. State Department spokesperson Ned Price told VOA. “We are prepared to engage in diplomacy toward that objective.”

Trump, in his virtual speech over the weekend to the Unification Church, addressed his diplomatic opening to North Korea.

“And as many of you will remember, the rhetoric got very, very tough and nasty and mean,” Trump said in the virtual address to the “Rally of Hope” on Saturday, per Business Insider.