North Korea’s Kim Jong-un: Here Is How the Rumors Started and What To Believe 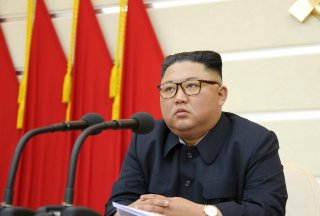 Note to editors and journalists across the world: please don’t print a story about a dictator who you claim is “gravely ill” who controls enough nuclear, chemical, and biological weapons to kill millions of people based on just one single source. Not only does that violate most journalistic standards, but it creates an uproar that will only get recirculated over and over thanks to social media and wire services but is nearly impossible to pull back if proven untrue.

Hopefully last night we learned that lesson, but I doubt it. Because CNN, going off a single source, or “a US official with direct knowledge”, claimed North Korean leader Kim Jong-un was “gravely ill.” Many outlets would never even run such a story with just only one source, especially since we don’t even have any idea of where in the U.S. government this person sits. And yet not only did it appear, but countless other publications reported on it, turning what was at best a rumor into a full-fledged breaking news item.

Later that evening, most likely responding to outrage on social media on such thin sourcing, CNN added more sourcing to the piece, but nothing that even comes close to Kim being gravely ill. The piece was updated, stating that “[A] second source familiar with the intelligence told CNN that the US has been closely monitoring reports on Kim’s health,” with another source claiming that that the reports “were credible but the severity is hard to assess.”

From here, things get even weirder. MSNBC’s Katy Tur tweeted that Kim was “brain dead” according to two senior U.S. officials. Tur also stated that the North Korean leader recently “had cardiac surgery and slipped into a coma,” citing two different sources. That all seems credible until Tur deleted the tweet later “out of an abundance of caution.”

We should note that CNN or MSNBC were not the first to “break” this bit of so-called news. In fact, Daily NK, a North Korea news website run by North Korean defectors broke a similar item days before, however, they claimed at the time, they had multiple sources. Yet, they would also amend their story last night, claiming they had now just one source. Some have pointed out that the original Korean text all along only had one source and the English version claimed multiple sourcing.

Making this even stranger is that Chinese and South Korean officials, speaking to various news outlets on background, seem to push back on the story, saying they saw nothing unusual going on in North Korea that would lead them to think Kim was ill. Two senior South Korean officials close to President Moon Jae-in told me this morning that they see no credibility to the reports whatsoever. One official added that “while clearly Kim is not in good health and it is very possible he had some sort of surgery, he seems firmly in control of North Korea. We have no reason to believe otherwise.”

Now, there are reasons to be worried about Kim Jong-un’s health, and there are facts to back that up which we all can see. Kim, at a 5’7, is likely around 300 pounds, a chain-smokes and is reported to perhaps drink a little too much. Adding to those worries is that he was a no show to this month's celebration of his grandfather Kim Il Sung’s, birthday. His grandfather was North Korea’s founder,  and his birthday is the equivalent of Christmas to many North Koreans. However, Kim has disappeared in the past due to health issues in the past, such as in 2014 when he was out of sight for over a month while having foot surgery and needing to use a cane.

So, where does this all leave us? At the moment, while some reports are claiming that Kim "could be incapacitated", at least on the record, even the highest levels of the U.S. government don’t have any idea about the state of Kim’s health.

This should also force us to ask a lot of questions, no doubt, even though there are few answers. And while I am no fan of North Korea or their murderous regime, I hope these reports are untrue for a very obvious reason. If Kim were to die, we could see a situation where a power struggle breaks out for temporary or permanent control, resulting in armed conflict or even a civil war of some sorts. And considering the fact that North Korea is armed to the teeth with every type of weapon of mass destruction—dozens of nuclear weapons, 5,000 tons of chemical weapons like VX and biological weapons—millions of lives could very well hang in the balance.

While North Korea might be the roguest of rogue states and has murdered millions of innocent lives, having a stable North Korea is something we should all hope is our current reality. Anything else is too grim to contemplate.