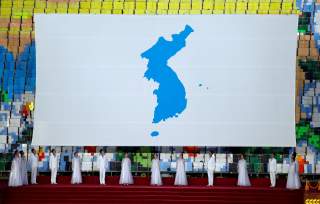 I am more optimistic about the second summit than the first summit based on Special Representative Steve Biegun’s remarks at Stanford last week. Biegun made numerous points that provide many positive signals from both North Korea and the United States.

First, he said that Kim Jong-un committed to Secretary Pompeo in private that North Korea would denuclearize all of its plutonium and uranium facilities, not just the Yongbyon facility as was described in the September Pyongyang Declaration, if the U.S. would provide corresponding measures. This is a helpful signal about Kim Jong-un’s commitment to complete denuclearization.

Second, Biegun publicly emphasized that the United States was prepared to pursue negotiations on denuclearization and peace simultaneously and in parallel. This is a radical change from the position that the Trump administration and previous administrations have taken in the past, which is to demand North Korean denuclearization first before beginning peace negotiations.

Third, Biegun talked about holding working-level negotiations with North Korea in advance of the summit, with the intention of “achieving a set of concrete deliverables, a roadmap of negotiations, and declarations going forward.” This statement is vague regarding an end-of-war declaration but we know that the State Department has been on board with the idea of an end-of-war declaration for a while now so I wouldn’t rule out this possibility at the second summit.

Fourth, Biegun clarified that, although the administration’s policy has been to put off removing sanctions until denuclearization is complete, this doesn’t mean that the U.S. will remain idle until North Korea does everything. Basically, he is saying that the U.S. is willing to take initial sanctions relief measures, such as consenting to waivers for the Kaesong Industrial Complex, the Mt. Keumgang tourism project, and Inter-Korean railway cooperation.

Lastly, he unequivocally asserted that the U.S. is not involved in any diplomatic discussion on U.S. troop reductions, full stop, that would suggest a tradeoff between U.S. troops and denuclearization. The concern about troop withdrawal was valid given President Trump’s statements about the cost of stationing U.S. troops in South Korea, the stalemate in the U.S.-ROK negotiations on host nation support, his request last year for a review of options for reducing troop presence in South Korea, and his actions on Syria and Afghanistan.

Of course, we should always be cautious on North Korea. But after the last seven months of stalled negotiations, the signs are positive.