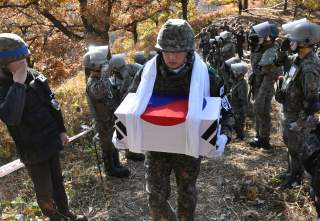 The White House announcement on the decision to hold the second Trump-Kim summit next February offers some new hope on North Korean denuclearization. Normally, such an announcement indicates that negotiations between the two countries must have made so much progress so as to warrant another summit. Accordingly, many expect a North Korea agreement to undertake substantive measures on denuclearization as a probability, if not a certainty.

However, it may be too early to expect that! First, people closely following this issue have learned that no additional major progress in the Trump administration’s efforts to secure North Korea’s commitment to denuclearization has taken place. So far, Kim Jong-un has suspended missile and nuclear tests, and destroyed the Punggye-ri site. These are encouraging but initial steps toward denuclearization. Of course, Kim also offered to dismantle some other missile test facilities and the Yongbyon nuclear complex, which produces fuel for nuclear warheads. However, the offers were made on the condition that Washington takes corresponding steps.

Furthermore, although China still endorses North Korean denuclearization and enforces the UN sanctions against North Korea, given the growing tension between China and the United States, China is attaching more importance to cultivating good relations with its neighbor than before. This development has reduced the urgency for North Korea to give up its nuclear weapons.

Finally, in the eyes of North Korea, nuclear weapons have been a vital means for national security as well as regime survival. Therefore, the only possibility that North Korea will give up nuclear weapons will take place when it believes that it can ensure not only regime survival but also national security and economic prosperity. For that to happen, the U.S. needs to put together a decent package of incentives as well as pressures to persuade North Korea that giving up nuclear weapons is in its own best interests. The package of incentives should include promises not to undermine North Korea’s regime or national security, normalization of relations with the U.S. and its allies, market access, and a significant amount of economic assistance. Since there is no chance for the U.S. to deliver this alone, it needs to persuade other stakeholders, especially South Korea, Japan and China, to help. So far, one has seen little efforts on the part of the Trump Administration to do so.

Consequently, like the first summit, if the second summit ever takes place, it is more likely to be ill-prepared, offering little assurance on North Korean nuclear disarmament.

Jia Qingguo is a professor of diplomacy and international relations and Dean of the School of International Studies at Peking University. His research interests include China-U.S. relations and Asia-Pacific studies. He has published extensively on U.S.-China relations, relations between the Chinese mainland and Taiwan, Chinese foreign policy and Chinese politics.