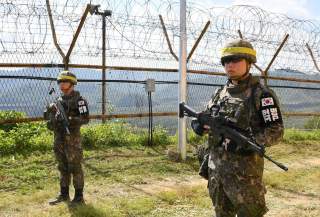 As President Trump mentioned, North Korea neither conducted a new nuclear test nor test-fired long-range missiles in 2018. Three American detainees also came back home. The progress was quite influenced by the first historic summit. However, the results of the Singapore summit were not that satisfactory. Trump failed to include the CVID (Complete, Verifiable, Irreversible Denuclearization) in the Joint Statement that he wanted so much. Everyone was surprised to see the short and simple agreement. Trump had to explain the significance of the summit for more than an hour in the press conference. Nonetheless, it was the historic summit that no other U.S. president could achieve before. Kim Jong-un was also able to build a new image in the international community.

Then what should Trump and Kim agree to at the second summit? If they want to make another historic event, they should produce a more advanced and detailed agreement than the first one. If not, the negotiation will be stalled, and it may be the beginning of the end of a short-term détente. A time of serious crisis may follow. At least, they should produce a ‘small deal.’ The Singapore statement was quite comprehensive on denuclearization and the meaning of a peaceful regime. Now, it is time for more details. In particular, it is necessary to clarify the sequencing of how denuclearization and a peaceful regime will be implemented in a phased manner. North Korea wants the U.S. to lift economic sanctions and agree to the declaration of the end of the Korean War. The U.S. wants North Korea to take substantial measures on denuclearization by implementing the reporting and verification of nuclear and missile materials and facilities.

A detailed agreement must be made in advance at the working level. In Singapore, diplomats failed in reaching such an agreement. If the second summit is to be another historic event, the working-level negotiation should be successful. Neither Trump nor Kim can take the risk of an unsuccessful summit, given their situation at home and abroad. The world wants to see the specific timeline and sequencing for denuclearization and peace regime. There is also a need for consensus on the concept of peace. Trump appears to think that peace can be secured if denuclearization is achieved. Kim believes that peace is possible only when U.S.-North Korean relations are transformed fundamentally. While Trump sees peace in the short term, Kim’s perspective is quite long term. Resolving the gap will ultimately be the key to the successful agreement for a ‘small deal.’

Jihwan Hwang is an Associate Professor at the University of Seoul. He has published many articles, including “The Paradox of South Korea’s Unification Diplomacy: Moving beyond a State-Centric Approach.”