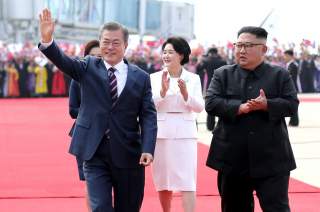 What will come out of the second Trump-Kim summit? With thirty years of studying the issues on the Korean Peninsula, I have long stopped predicting its future. Instead of forecasting what will happen, I will offer two likely scenarios.

The first one is an “OK scenario,” in which Mr. Trump and Mr. Kim would agree on a step-by-step, action-for-action roadmap for North Korea’s denuclearization and a gradual improvement in ties between their countries.

North Korea will not abandon its nuclear weapons or programs, but will take just enough piecemeal steps—such as a freeze on nuclear reactor operations and acceptance of on-site inspectors—to keep Mr. Trump satisfied. Mr. Trump’s political opponents will certainly criticize the imperfect agreement, but it will not be easy to argue that the agreement be scrapped as long as the denuclearization process keeps moving forward.

The second scenario is a “bad peace” scenario in which Mr. Trump will decide to significantly reduce U.S. military presence in South Korea ostensibly as a reward to Mr. Kim’s denuclearization promise. In reality, however, this might result in America’s unilateral disengagement from the Korean Peninsula.

As vividly described in Bob Woodward’s book, Fear: Trump in the White House, Mr. Trump had always wanted to reduce U.S. defense commitment to South Korea. The only thing preventing this in the past was that people like Mattis and McMaster were there to stop him. Now that they are no longer there, Mr. Trump can do what he always wanted to do.

Mr. Trump and Mr. Kim discussed the building of “a lasting and robust peace regime” in Singapore last year. This sounds good, but in the North Korean lexicon, “peace regime” means dismantlement of the security mechanism that the United States and South Korea have maintained since 1950. It is instructive that Gen. Kim Yong Chol, who is responsible for the sinking of a South Korean naval corvette and the shelling of a South Korean island in 2010, is taking the lead in cutting a deal with the United States.

What is more worrisome is the fact that the South Korean government might actually accept a reduction of America’s security commitment. President Moon is surrounded by people who want to break the shackles of the American influence and create a more independent Korean nation.

Last but not least important, if this scenario is realized, China will be there to fill the vacuum, seriously undermining the geostrategic environment for not only the United States but also Japan in the long run.

Narushige Michishita is a professor and the director of the Security and International Studies Program at the National Graduate Institute for Policy Studies in Tokyo. He is also the author of North Korea’s Military-Diplomatic Campaigns, 1966-2008 (Routledge, 2009). Follow him @NaruMichishita.