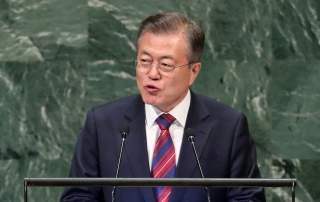 The most important thing about a second summit between Donald Trump and Kim Jong-un is that it produce substantive progress where the first summit in Singapore last year did not.

Trump markets himself as a wheeler-and-dealer, but the outcome of the Singapore meeting was decidedly tepid. Little non-rhetorical progress was made. North Korea once again spoke grandly but vaguely about denuclearization, as it has for decades. Once again, there was no action plan and no formal commitments.

The next summit must do better, otherwise it is simply not worth the presidential time and effort, nor the prestige costs of a small, orwellian rogue state achieving a peer meeting with the U.S. president. The president of the United States is busy and over-stretched; his personal involvement in an issue lends prestige and signals its importance. Hence, his commitment to an issue should only be activated if there is a prospect for real movement and if POTUS’ personal intervention can help seal a serious agreement. President Jimmy Carter, for example, helped pull Israel and Egypt into a peace agreement.

Trump’s “Sentosa Declaration” from the Singapore meeting does not achieve this benchmark. So if this second meeting does not produce a more substantive outcome, then Trump should not meet Kim again. Two chances should be more than enough for Kim to prove he is actually ready to seriously deal on nuclear weapons.

This should be ideal territory for “art of the deal” Trump. The implication of Trump as a dealer is that he can take a bad hand and game it into a better outcome than expected, or that Trump’s excellent negotiating skills, personal charm, mastery of the issues, and so on would pull better concessions from a counterparty than one would otherwise expect.

Kim Jong-un is an ideal target for such skills. The North Koreans are canny negotiators. Let Trump work his magic and pull from them a long-elusive deal balance-positive to the U.S. and its regional allies.

Such a deal must include, at minimum, a declaration from North Korea of its stockpiles—especially of nuclear weapons, but also missiles, missile launchers, and biological and chemical weapons. Without this list, we have no sense of the shape of the North Korean program, nor what specific swaps we might offer. And of course, Trump the dealer would minimize U.S. concessions, most obviously quashing recent talk of giving up U.S. forces in Korea barring a truly massive concession from the North.