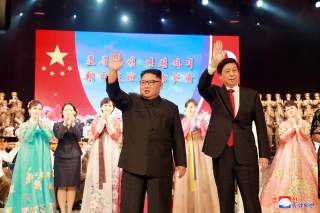 The United States and North Korea began 2018 with sound and fury. President Trump’s speech at the United Nations (September 2017) and his State of the Union Address (January 2018), were matched by Kim Jong-un’s nuclear and missile tests and fulminations from Pyongyang.

What changed during 2018 was that Kim Jong-un systematically strengthened his position. He rebuilt relations with China (four summits with Xi Jinping). He strengthened ties with Russia (the Russian foreign minister visited Pyongyang and a summit with Vladimir Putin is in the works).

Meanwhile, President Trump stumbled and bumbled on Korea policy, weakening the American position. He engaged in a nasty trade war with China, a key to any resolution of North Korea issues. His precipitous announcement of a unilateral American troop withdrawal from Syria raised doubts about American reliability with its allies.

The June 2018 Singapore Summit gave Kim Jong-un what he sought—international legitimacy and credibility, while boosting his outreach to Beijing and Moscow. Donald Trump also achieved what he sought—a change of headlines in American media from the Mueller investigation, but that proved to be short lived.

Kim has absolutely no interest in abandoning his nuclear and missile weapons. For him, the Singapore summit was playing for time to improve weapons quality and to expand the size of North Korea’s nuclear arsenal. The platitudes without commitment which emerged from Singapore left Kim full flexibility to do just that.

Perhaps the worst consequence of the U.S. president’s actions is the uncertainty and questions raised for South Korea. Seoul has been one of America’s closest and most important allies. Trump’s failure to fully consult and coordinate with the South has raised questions in Seoul about American reliability. (For example, Trump initially unilaterally cancelled the Singapore Summit without bothering to give Seoul a heads-up, even though the South conveyed the request for the summit from North Korea to Trump. The summit subsequently was put back on track, but not without damage to the U.S.-South Korea relationship.)

The playing field has not changed since Singapore. North Korea still has no interest in denuclearization. It wants more time to strengthen its missile and nuclear capabilities and to improve relations with China to eliminate or undermine UN sanctions. There is no indication thus far that any meaningful agreement is being put in place for the upcoming Vietnam Summit. The dynamics of agreeing to hold a summit before agreeing upon a result is a sure recipe for a repetition of Singapore—a media circus without lasting substance.

The master of the “art of the deal” was not only bested by Nancy Pelosi, but even more dangerously by Kim Jong-un.

Robert King is the Senior Advisor of the Korea Chair at the Center for Strategic and International Studies. He also served as special envoy for North Korea human rights issues at the U.S. Department of State from 2009 to 2017 after being nominated by President Barack Obama.