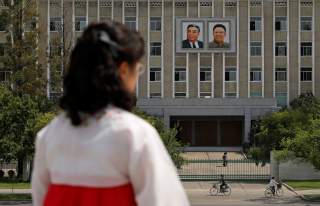 It is important to understand that both leaders, Kim Jong-un of North Korea and President Donald Trump, are taking a certain political risk by engaging each other. We often see only the U.S. side and understand that skepticism in Washington regarding dialogue with the dictator of a rogue state is strong.

However, something similar is true for Pyongyang. America has for decades been propagated as a hostile force that is determined to destroy North Korea, and of which nothing good is to be expected. Trump’s switch from confrontation to engagement was as sudden as Kim’s.

Both have raised eyebrows among their respective constituencies, so they are now almost forced to deliver—or face a drop in their reputation. The problem is that “deliver” means two very different things to Trump and Kim.

Assuming that neither the end of the North Korean nuclear program nor the lifting of all sanctions is within immediate reach, the two leaders will have to settle for something that is of less importance but at the same time significant enough to count as progress. This has to be a quid-pro-quo process, with both sides offering something simultaneously.

A peace declaration and a more formal official document to end the Korean War are two possible offerings to Kim. He could, in turn, commit himself to extending the current moratorium on nuclear and missile tests, but he will need to do more to please the U.S. public. This could be the dismantlement, in the presence of media, of one or two missiles and nuclear warheads, or even the return of the USS Pueblo. The latter will require a huge corresponding offer by the United States, such as investment into North Korea’s infrastructure or a major loan. There are no limits to speculation about what each side could offer each other short of achieving the actual final goal of the engagement process.

I do, however, also see the danger of the process coming to a standstill. In this case, the massive risk both leaders have taken can only be mitigated by accusing the other side of betrayal. This would lead not just to a return to the somewhat ambiguous status quo ante, but could easily imply an alternative—i.e., forceful—solution to the problem. I do not think that North Korea will nuke America, but I am worried that Trump might be tempted to use the might of his military.

Rüdiger Frank is a professor of East Asian Economy and Society at the University of Vienna.