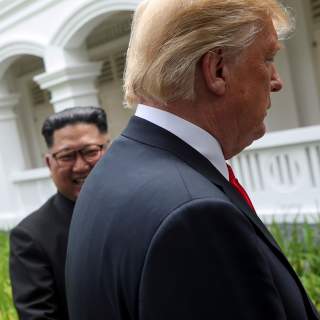 The most profound obstacle is the existence of the North Korean nuclear and missile programs, and their success. What can we possibly offer North Korea that is more believable, more powerful, and more enduring, than the security they have realized through these programs? We have been known to change our mind on international agreements with changes of administration. Certainly, North Korea’s leadership, over three generations, has been exceptionally perfidious about their pledges. Kim was in school in Switzerland when Muammar Gaddafi was killed in a ditch. Why would North Korea ever believe our security guarantees?