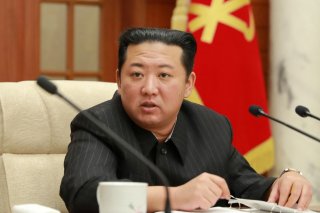 Intercontinental ballistic missiles (ICBMs) were the topic of endless analysis and discussion during the Cold War. The world lived on edge because the United States and the Soviet Union were able to fire nuclear weapons across the globe. However, their existence was also at the root of the theory of mutually assured destruction (MAD), which some have said is the reason why the Cold War ended without nuclear armageddon.

North Korea has tested ICBMs of its own in the past, including its Hwasong-14 missile, which it tested twice in 2017, and the Hwasong-15 missile, which was also tested the same year. Another potential ICBM was showcased in October 2020 at a parade marking the seventy-fifth anniversary of the Workers' Party.

North Korea’s regime has had a self-imposed moratorium on any nuclear or ICBM testing since 2017, which South Korea has interpreted as a gesture in support of dialogue. However, Yonhap News Agency reports that North Korea is considering ending the moratorium due to the “hostile policy” of the United States.

The threats were made on Thursday at a Politburo meeting that came on the heels of a flurry of North Korean missile tests.

Korean Central News Agency (KCNA), a state-run outlet in North Korea, reported that the Workers’ Party vowed to prepare for a "long-term confrontation" with the United States.

"The meeting of the Political Bureau reassigned the policy tasks for the national defense of immediately bolstering more powerful physical means which can efficiently control the hostile moves of the U.S. against the DPRK getting ever more serious day by day,” KCNA said. KCNA listed recent U.S. military exercises and diplomatic meetings in South Korea as examples of “hostile” American actions.

Yonhap also reported that South Korean officials believe North Korea will soon hold a military parade, although it is not clear when that will happen. Various commemorations are coming up, including Kim Jong-il’s birthday in February and Kim Il-sung’s birthday in April. As the election of new South Korean and American leaders has traditionally led North Korea to take belligerent steps, tensions may only increase after South Korea’s upcoming election.

Notably, North Korea was not mentioned during President Biden’s two-hour press conference at the White House this week.