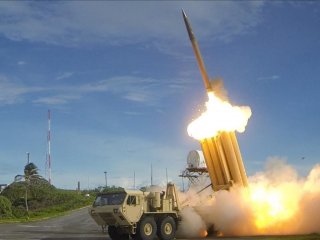 Advancements made in recent years to North Korea’s short-range ballistic missiles (SRBMs), in particular, highlight this potential challenge. North Korea is now developing and operating an array of increasingly sophisticated SRBMs, with KN-23 standing out as a prominent example of North Korean advancements to this category of weapons. The KN-23 flies on a quasi-ballistic trajectory, flying much lower than other comparable SRBMs which may complicate intercept predictions made by ballistic missile defense systems. In addition, the KN-23 is capable of performing a “pull-up” maneuver during its final approach to a target, altering both its speed and angle of attack in such a way that further challenges interception efforts.

Other North Korean SRBMs, such as the KN-24, may also pose a challenge for ballistic missile defense systems by following a similar atypical flight path. In March, North Korea tested what may have been a new variant of the KN-23.

Current ballistic missile defense capabilities deployed on and around the Korean Peninsula include a combination of the ground-based Terminal High Altitude Area Defense (THAAD) system and Patriot missile system, as well as the sea-based Aegis Ballistic Missile Defense system equipped on both U.S. and Japanese navy vessels (future South Korean vessels will also be equipped with ballistic missile defense capabilities).

Improving ballistic missile defense systems on the Korean Peninsula will likely be a major point of focus for the Pentagon, with efforts underway to link and integrate Patriot and THAAD radar and launchers, as well as potential upgrades to the THAAD system deployed in South Korea.

President Joe Biden and South Korean President Moon Jae-in are scheduled to meet in Washington, D.C. for a summit meeting beginning today, during which the two leaders are expected to discuss a wide range of issues. Prior to the summit meeting, U.S. and South Korean defense officials met for a biannual meeting, during which they discussed the security situation on the Korean Peninsula.