Not a Stretch: LG Lands Contract to Make Stretchable Displays 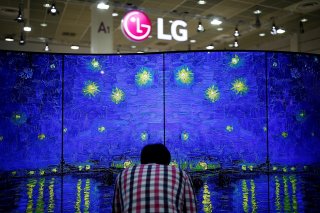 The contract, which was extended by South Korea’s Ministry of Trade, Industry and Energy (MOTIE), is aimed at developing "stretchable display products with a 20 percent elongation rate" by 2024.

The venture is expected to apply to such applications as "multi-foldable smart devices, wearable devices… and auto and aviation displays that overcome design constraints caused by curved surfaces."

"LG Display will develop stretchable displays, a new form factor which could vastly widen the scope of applications that displays can be applied to. In the era of IoT, 5G, and self-driving cars, stretchable displays will play a huge role and we are very pleased and honored to be an important part of the development of these technologies and products,” said Dr. Soo-Young Yoon, Senior Vice President and Head of LG Display Laboratory, said, per the story.

There have been stretchable displays before. Samsung showed off the world's first such display, back in 2017, which was an actual OLED screen. The Korean lab known as KAIST also showed a stretchable OLED display earlier this spring, per Electronics Weekly. The Display Daily story, however, does not mention OLED technology specifically.

LG Display and LG Electronics are not, technically, the same company. LG Display was formerly a joint venture between LG Electronics and Philips, until Philips exited the venture. The two LG companies trade separately on the Korea Exchange.

LG Display's OLED plant in Guangzhou, China came back online last month following the coronavirus lockdowns, and will provide OLED panels to nearly 20 different manufacturers, including LG Electronics. Also, LG Display is expected to provide panels for the iPhone 12 Max, one of the iPhone models expected to arrive later this year.