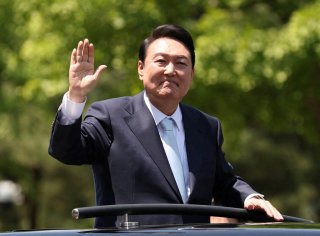 The Democratic Party of Korea’s (DPK) four years as the ruling party came to a crashing end on June 1 when it lost gubernatorial, mayoral, and local council elections across most of the country. This comes three months after the Democratic Party lost the presidential election to insurgent conservative candidate Yoon Suk-yeol.

President Yoon claimed the results as a mandate for his free-market-oriented economic agenda. “I will accept the results of this election as the will of the people to save the economy and take good care of the people's livelihood,” he said Thursday.

Indicative of its anxiety and lack of confidence, the DPK did not even consider Seoul as one of its battleground targets. The victory of veteran conservative politician Oh Se-hoon in Seoul’s 2021 by-election, which ended nine years of Democratic Party rule, was an early sign of the PPP’s growing popularity. Ahead of Oh’s 2022 reelection race, Song Young-gil, a DPK challenger and former Incheon mayor, said, “Whoever looks at it thinks it’s an election [for me] to lose.”

He was right. Oh cruised to reelection with 59 percent of the vote.

The margin of victory was even more lopsided than most expected across the country; the Democratic Party lost almost every race they hoped in vain to win.

Going into the election, Democratic Party representative Kim Min-seok told SisaIN magazine that the party considered South Jeolla province, North Jeolla, Jeju, Gwangju city, and Sejong as assured wins. Instead, they lost Sejong municipality—by almost five points—and Gyeonggi, the populous province surrounding Seoul, was the only battleground region they won—by a 0.1 point margin in a vote count that stretched into the morning.

In total, the PPP won the governorships and mayoral offices of twelve out of seventeen of Korea’s provinces and province-level municipalities and five out of seven of the National Assembly seats up for by-election. The PPP increased its share of representation in municipal councils by more than 400 seats.

The conventional wisdom, as reflected in a Korea Times editorial, is that voters were disenchanted and fatigued by years of DPK rule characterized by personnel scandals, accusations of hypocrisy, rising housing prices, and a slowing economy. “The election results indicated that voters have given sweeping support to the PPP and the Yoon administration so that they can stably manage state affairs,” the Times wrote.

In total, the national turnout, barely over 50 percent, was the lowest of any local elections since 2002 and the second-lowest in the modern-day democratic history of Korea. It was down by 10 points from the 2018 elections the Democratic Party dominated.

Liberals and progressives displayed apathy after they were disappointed by Yoon’s close victory over Democratic Party nominee Lee Jae-myeong in the presidential race in March. They considered the Democratic Party ineffective after it failed to pass an anti-discrimination bill protecting LGBT rights, despite controlling the presidency and a supermajority in the Assembly for the past two years.

The Democrats still control the legislature, but the results of the election indicate that the PPP could be building momentum to challenge that as well. The next general election where all Assembly seats are on the ballot is in April 2024. If the PPP wins that, President Yoon will have about three years in which his party controls the legislature.

Mitchell Blatt is a former editorial assistant at the National Interest. He is based in Korea, where he covers foreign policy, Korean politics, elections, and culture. He has been published in USA Today, the South China Morning Post, the Daily Beast, the Korea Times, and Silkwinds magazine, among other outlets. Follow him on Facebook at @MitchBlattWriter.