The Politics of Nudging North Korea Towards a Nuclear Agreement 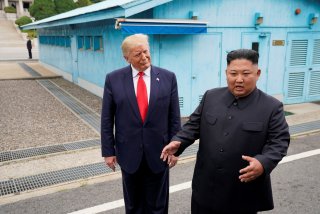 The relationship between the United States and North Korea will probably remain in the current status until the end of the year, with no positive or negative breakthroughs on the horizon. A deal between the two countries appears to be off the table at the moment, especially after the Hanoi Summit, when both parties had to face the hard truth that long negotiations were needed before signing an agreement that could be considered as acceptable by both parties. At the same time, U.S. presidential elections in November represent a big variable for the North Korean regime and for its leader, given the “special relationship” between Kim Jong-un and Donald Trump.

The stalemate after the summit did not change the course of Kim Jong-un’s policy line which still focuses on economic development. However, aware of the fact that sanctions would remain in place for quite some time, the North Korean regime has turned toward a more self-reliant approach; toward good old partners—Russia and China—more willing to apply “flexibility” to the international sanctions regime; and also toward South Korea, with messages and propaganda that were aimed at belittling the efforts of Moon Jae-in’s administration for dialogue and mediation but with the tacit idea that inter-Korean cooperation could move forward if Seoul is willing to operate without the U.S. approval. Kim Jong-un’s strategy in the past months has been on one side consolidation of the domestic situation, with also the reshuffle of some key positions in the regime, on the other side creation of viable alternative partnerships abroad for economic growth, both to strengthen the position in future negotiations and as a plan B in case of a total breakdown of dialogue with the United States.

The outbreak of the coronavirus pandemic has certainly changed the situation and forced some adjustment to the strategy, starting from the need to drastically reduce exchanges with China and Russia and to close the borders to a possible income of hard currency through tourism. The effects of the pandemic are still unknown—not only for North Korea but for the entire world—but there is a real risk that it will increase the sense of insecurity of the regime thus pushing it toward a harder stance vis-à-vis the United States.

Presidential elections in November represent the other crucial variable for U.S.-North Korea relations. The North Korean regime has a clear interest in the re-election of Trump and for this reason it might decide to remain relatively quiet until after the election. The very restrained—if not indifferent—reaction of the Trump administration to short-range missile launches and other similar tests means that they have a limited political impact, at the same time an ICBM or a nuclear test could quickly turn into a boomerang for North Korea, exposing the limited results of Trump’s approach and giving ammunition to his adversary.

From the U.S. perspective, Trump’s re-election is the main goal for the administration and North Korea is no longer a priority. Even if a deal would be achievable in just a few months, it would not be relevant enough in the post-coronavirus situation to deflect attention from the poor management of the health crisis and from the need for a swift recovery of the economy. For this reason, it is unlikely that Trump will try to engage North Korea before the election. If the issue will come up during the campaign, then Trump could still continue to boast about the fact that Pyongyang has not tested ICBM or nuclear weapons since 2017.

The rest of 2020 will most likely be a temporary lull in U.S.-North Korea diplomacy, waiting for the uncertainties to clear up. In this situation other actors could take a more proactive role in engaging North Korea, and perhaps it could be the right moment for Moon Jae-in to try to make substantial progress in inter-Korean cooperation.

Marco Milani is a lecturer in Korean Studies. He teaches at the School of East Asian Studies at the University of Sheffield.