Pressure vs. Dialogue: What North Korea Policy Will Biden Pick? 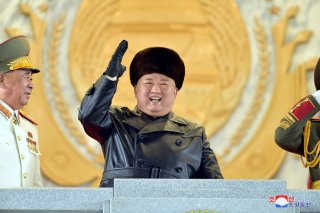 At the present time, U.S. policy on North Korea is in a bit of a holding pattern. Although the Biden administration may be stocked with highly qualified people with impressive records of prior government service, the team isn’t immune to how Washington, DC works. The first few weeks and months of any new U.S. administration are typically filled with inter-agency policy deliberations and passionate infighting on how the United States should deal with an issue. The North Korea policy review the White House announced last week is working its way through the national security bureaucracy, which means the first quarter of the year will largely operate on a plane of wait-and-see.

However, we do know a few things about how the Biden administration may approach the unsolvable North Korea problem. We know from remarks given by Secretary of State Antony Blinken and U.S. Ambassador to the U.N.-designate Linda Thomas-Greenfield that the ultimate U.S. policy objective as it relates to the North is the same as it ever was: final, fully-verified denuclearization. We know from Blinken’s testimony to the Senate Foreign Relations Committee that President Biden intends to look at additional pressure options against Pyongyang on the theory that doing so will squeeze the North Korean economy tighter and eventually force Kim Jong-un to authorize another round of nuclear negotiations. We also know that sanctions enforcement will be a key ingredient in the Biden administration’s North Korea strategy; Thomas-Greenfield told senators during her confirmation hearing this week that she will press China and Russia, North Korea’s quasi-guardians on the UN Security Council, to implement the sanctions regimes both countries signed onto.

Other than those very general comments, Biden’s North Korea policy remains a mystery. Nothing the administration has said thus far leads one to believe that the core tenants underlying that policy—pushing China to crack down on sanctions violations; reasserting the importance of the U.S.-South Korea alliance; holding firm to denuclearization as the chief objective—will be traditional, if not entirely unoriginal. Those anticipating a complete 180-degree turn from the positions of prior U.S. administrations are likely in for a rude awakening.

At the same time Washington is buried onto reams of draft policy papers, South Korean officials in Seoul are clamoring around for options on what they can do unilaterally to get the diplomatic ball rolling. South Korean President Moon Jae-in, a lame-duck, is desperately searching for silver-linings in every Kim Jong-un policy speech and clinging to any hope that may present itself. If inter-Korean relations aren’t dead, they are at least suffering a deep freeze. Last year was such a setback for North-South diplomacy that advocates of a peace regime on the Korean Peninsula are now suggesting Moon look elsewhere for a foreign policy success. The longer talks stall, the more calcified doubt about the Moon administration’s North Korea strategy becomes.

The Unification Ministry continues to insist it will “play an active role“ on getting the inter-Korean relationship on a more positive footing. Sitting back and waiting for Washington to take action isn’t in the cards. Indeed, South Korean officials see the emergence of the Biden administration as an opportunity to press their case on why Washington should start seeing the North Korea problem Seoul’s way. In his first interview with a foreign media outlet since taking office, Prime Minister Chung Sye-kyun made it a point to emphasize why an incremental, step-by-step process is the only way to get anywhere with Pyongyang. “We can begin with a freeze in all [of North Korea’s] nuclear activities and reduction of some of their programme,” Chung said. “It would be best if we could get rid of all of it, once and for all, but it’s not easy and we need an alternative...Everyone knows that the problem cannot be solved without dialogue.”

If this sounds faintly familiar, it should. When Antony Blinken was still a private citizen, he wrote a column in the New York Times that stressed similar points. The main takeaway of his piece: If you’re hoping to force a denuclearization deal down Kim Jong-un’s throat, then you might as well pack your bags and go home. “The [Trump] administration,” Blinken wrote at the time, “may...discover that capturing everything we do not like about the Kim regime in one accord is a quixotic enterprise—prolonging the process, dividing us from partners with different priorities and giving Pyongyang more chits with which to bargain.” Will Blinken hold to those words now that he’s America’s top diplomat?

Just as importantly for Seoul, will the Biden administration approach North Korea with a sense of urgency? Or will the country be a secondary priority? All evidence so far points to the latter.