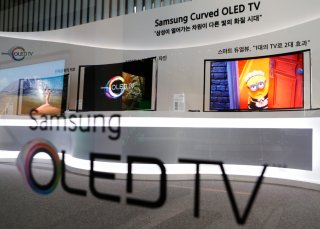 A pair of reports from South Korea indicate that Samsung’s QD-OLED panels have a higher manufacturing yield than was previously the case- and that prices of the TVs featuring that technology have begun to go down. The QD-OLED TV is selling for $2,800 at Best Buy, per the report, compared to $3,000 when it was released earlier this year.

According to Business Korea, Samsung Display has “raised its production yield” to 85 percent. Samsung Display president Choi Joo-sun announced during a visit to the Giheung Campus in Yongin of Gyeonggi Province that the yield had increased to an all-time high, 10 percent higher than at the same time last year.

“The improved yield of 85 percent is expected to have a positive impact on securing customers,” the Business Korea story said. “The company's yield of QD-OLED panels in the initial stage of mass production in November last year stood at 50 percent. Then, the company managed to stabilize the yield faster than expected. Sony and Dell Technologies respectively launched TVs and gaming monitors equipped with Samsung Display’s QD-OLED panels.”

Meanwhile, The Elec reported Monday, citing UBI Research, that Samsung Electronics’ first QD-OLED TV, the S95B, is now being sold at a price point $200 lower than that of LG’s G2, in a comparison of the 65-inch models of both.

The review website RTINGS currently ranks Samsung’s S95B the best TV available, followed by three LG OLED TVs that are 2022 models, the C2, B2, and G2. The Samsung QD-OLED TV has earned nearly unanimously positive reviews since arriving on the market. “Samsung’s S95B continues the journey started by Sony’s A95K towards convincing us that QD-OLED really is a genuine evolution in TV technology. In fact, by being brighter and bolder than the Sony, it makes you even more aware of the technology’s potential,” a review from What HiFi of the S95B said in late June.

“Samsung’s more aggressive take can become a bit over-excited at times, requiring more regular tinkering with various settings than Sony’s milder but more consistent and natural approach. When it’s firing on all cylinders, though, which it is for the vast majority of the time, the S95B is glorious,” the review continued.

Reviews have also begun to appear of the A95K, which is Sony’s first-ever QD-OLED TV, which also utilizes a Samsung Display QD-OLED panel. “QD-OLED is not a revolution but it brings enough improvement to move Sony A95K to the forefront and if you want the best picture quality for movies, series, games, and more you should definitely take a look at QD-OLED,” a Flat Panels HD review says. “Unfortunately, QD-OLED is available only in 55 and 65 inches at this time. Sony A95K receives our Reference Award.”