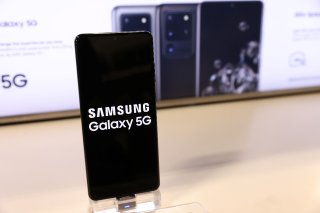 A report out of South Korea this week stated that Samsung has a massive amount of unsold smartphones in stock—nearly 50 million of them, in fact.

According to The Elec, Samsung has a massive inventory of smartphones in stock, much of which is taken up by the mid-tier Galaxy A series. The publication’s source said that Samsung is expected to ship about 270 million smartphones this year, of which the 50 million would represent about 18 percent.

This is an indication of low demand for smartphones, the report said.

The research firm IDC had projected earlier this month that smartphone demand worldwide would drop 3.5 percent this year, due to weaker demand as well as supply constraints.

“The smartphone industry is facing increasing headwinds from many fronts – weakening demand, inflation, continued geopolitical tensions, and ongoing supply chain constraints. However, the impact of the China lockdowns – which have no clear end in sight – [is] far greater,” Nabila Popal, a research director with IDC’s Worldwide Mobility and Consumer Device Trackers, said in that IDC report.

“The lockdowns hit global demand and supply simultaneously by reducing demand in the largest market globally and tightening the bottleneck to an already challenged supply chain. As a result, many OEMs cut back orders for this year, including Apple and Samsung,” Popal said.

Popal continued: “However, Apple appears to be the least impacted vendor due to greater control over its supply chain and because the majority of its customers in the high-priced segment are less influenced by macroeconomic issues like inflation. Barring any new setbacks, we expect these challenges to ease by the end of this year and the market to recover in 2023 with 5% growth.”

Indeed, a pair of reports this week by Counterpoint Research saw Apple on top of the smartphone market.

“The month’s best-sellers list saw an increase in the number of 5G-enabled smartphones, rising to a new high of seven models and up from four in the same month last year. The 5G smartphones on the list represent a third of the total 5G smartphone sales. 5G capability has become a standard offering in flagships and its presence is increasing in lower price bands as well,” Counterpoint said in its release.