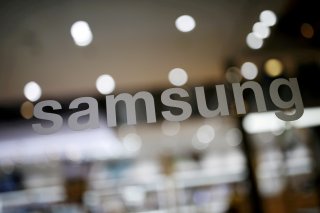 Samsung will be buying OLED panels from its rival LG, in order to sell OLED TVs in 2022, according to a new report. South Korean website The Elec reported this week that Samsung will purchase two million W-OLED panels from LG Display, for use in OLED TVs.

There were similar reports circulating last April about Samsung buying LG OLED panels, although Samsung had forcefully denied the rumors at the time. Jong-hee Han, president of its display business, calling the reports “groundless.” Samsung has long been vocal about its belief that QLED is very much superior to OLED.

These technologies are not to be confused with Samsung’s plans for QD-OLED, a TV technology that is expected to make its debut in 2022. Multiple reports have stated that Samsung will introduce the first QD-OLED TV models at International CES in January. That event is where most of the major TV manufacturers unveil their latest technologies and models, which typically arrive on the market later in the year.

Edaily Korea had reported last week that the QD-OLED TVs would arrive in 65-, 55- and 34-inch sizes, with mass production of the panels beginning at the end of last month.

“QD Display will mass-produce and release 65-inch and 55-inch TVs and 34-inch monitors and decide whether to increase production based on market reaction,” Samsung Display CEO Choi Joo-sun said in November, according to the report.

It’s unknown what marketing name Samsung will use for the QD-OLED TVs, or for the LG-sourced OLED TVs, if they in fact are a reality. CNET also reported earlier this year that technology could be used for other, non-TV products, such as smartphones.

“Right now, it's impossible to say with certainty whether QD-OLED will deliver on this promise. But so far it seems like QD-OLED is going to be a significant step up compared to previous displays – especially if the price tag of TVs with this new tech inside are anything to go by,” Techradar said of the potential for the new technology.

The QD-OLED technology has been in the works for a while, having invested $11 billion in a factory back in 2019 to make what it called the “Q1 Line.”

Samsung, in recent years, has favored QLED panels in its higher-end TVs. In fact, Samsung has “tentatively” decided on a lineup for 2022 that will consist of three million Neo QLED Mini-LED TVs, and two million OLED TVs, with 500,000 of the latter coming from the QD-OLED category, according to the Elec report.

Samsung continues to see Micro-LED technology as “the real future of TV tech,” according to What Hi-Fi.

The QD-OLED panels, which is something of a hybrid of QD and OLED, are being built by Samsung itself at its own facility, and would not require any purchases from LG or anyone else.

This would mean that Samsung will be producing three different types of premium TVs in its 2022 lineup, as illustrated by HDTV Test: Neo QLED, QD-OLED and regular OLED.

LG Display, which makes the panels, is officially a separate company from LG Electronics, which produces TVs, although LG Display began as a joint venture backed by LG Electronics.

LG Display makes OLED panels and sells them to other manufacturers; the HDTV Test story suggested that Samsung might do the same with its QD-OLED panels.

Technology website T3, recently discussed what Samsung’s QD-OLED TVs might look like, suggesting that the company could bring “cinematic” quality to smaller TVs in a way never before seen.

Samsung has information on its website that compares QLED TVs with OLED ones and specifically warns of “burn-in,” an issue that’s been known to happen in which markings, often TV channel logos, burn in to TVs, sometimes permanently.

“Burn-in is when station logos, stock tickers, or other images linger on your screen,” according to the website. “But, with Samsung QLED TVs you don't have to worry because all QLED TVs are 100% guaranteed against burn-in.”