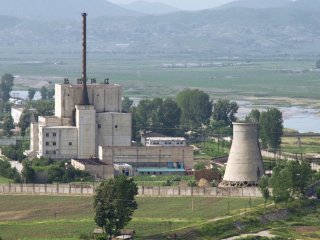 Activity has been increasing at North Korea’s Yongbyon Nuclear Center, according to recent reports.

According to 38 North, which cited recent commercial satellite activity, activity at Yongbyon has been increasing at the facility. The activity “indicates ongoing production of fissile material—both plutonium and enriched uranium—which is necessary for Kim Jong Un to achieve his stated nuclear development goals.”

38 North also reported that new construction has been going on at the Yongbyon facility, while the 5We Reactor has been restarted after two years. Further activity has been spotted at the Radiochemical Laboratory (RCL) complex.

However, there are “no signs to date of preparations for the first core discharge, such as increased vehicles and activity around the spent fuel storage building,” 38 North said.

North Korea’s nuclear activity has been a major point of contention in its relations with the United States for decades. During a series of summits between then-President Donald Trump and North Korean leader Kim Jong-un in 2018 and 2019, the Trump administration pushed Kim to agree to denuclearization. Trump even said at one point that Kim had agreed to give up nuclear capability.

That diplomatic process ended without any sort of deal, and further talks have not been held under the Biden administration. North Korea has conducted a series of missile launches this year, including one on Feb. 26. As North Korea has traditionally challenged new leadership in both the United States and in South Korea, the situation will bear watching with a South Korean presidential election set to be take place next week. The top candidates are Lee Jae-myung of the ruling Democratic Party and Yoon Suk-yeol of the People Power Party.

“At this stage, the activities observed in Yongbyon indicate ongoing fissile material production as well as the groundwork for further expansion,” the 38 North report concluded. “If the ELWR becomes operational, as it appears to be nearing completion, North Korea’s plutonium production capacity could increase substantially. However, this increased production capacity will also require modifications to the RCL to increase its reprocessing capacity. To date, no signs of substantial work in this area have been observed.”