South Korea’s Coronavirus Opening Did Not Go As Planned. What Can America Learn? 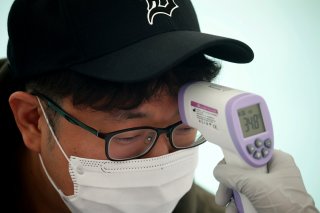 For months, the story of South Korea’s fight against the coronavirus has broadly been one of success. But a wave of infections in the country this past weekend has tarnished that narrative. After pushing the number of new daily coronavirus cases down into the single digits, the South Korean government experimented with loosening social-distancing. Unfortunately, one person in the clutch of nightclubs unwittingly acted as a super-spreader over the weekend. A re-clampdown has begun.

Initially, the government underplayed the pandemic, as did most governments globally. After all, South Korean president Moon Jae-in needs Chinese assistance—or at least, a lack of active resistance—in his efforts to bring North Korea in from the cold. Before coronavirus completely took over the global agenda, détente with the North was the core policy project of his presidency. That deep desire for rapprochement likely blunted Moon’s willingness to be more direct in responding to coronavirus in February. Even after President Donald Trump blocked travel from China, Moon did not. The conservative press here hit him hard over this.

But that aside, the Korean government fairly quickly swung into action once it became obvious just how dangerous the coronavirus was. After initial dithering, Moon went full bore into the problem. The Korean government’s health bureaucracy has previous experience fighting SARS (severe acute respiratory syndrome) and MERS (Middle East Respiratory Syndrome). The lessons learned from those smaller, earlier epidemics were quickly rolled out.

Quite suddenly by the end of February, the lockdown began. The speed was amazing. Quickly, shops, schools, churches, restaurants, museums, and so on were shut down. Temperature checks popped everywhere. Hand sanitizer became ubiquitous. Pharmacies rationed out masks for free. I recall being genuinely impressed at the scale of the countermeasures—and unnerved at the seriousness of the virus—when even our apartment complex installed hand sanitizer dispensers in our building elevators. It is very clear that the government had large stockpiles of PPE (personal protection equipment) ready to go. It all appeared lightning fast.

The government’s response to those infected was similarly very robust. The now accepted trio of mitigation steps—testing, tracing, and isolating—was set up very rapidly. If a person needed a test because they had symptoms, then a test was not hard to find; that person could even drive through a testing station. Infected persons were placed in quarantine; even those with mild symptoms were not sent home as in the United States. Contact tracing was a huge effort, with thousands of staff around the country tracking down possibly infected people. All of this was made substantially bureaucratically easier, in contradistinction to the United States, by an already-in-place national health care system and national identity number.

This worked so well that by early May, South Korea’s new daily case discovery had been pushed down to below ten. It seemed like the coronavirus had broadly been beaten. Talk began of reopening schools. Face masks became a little less common. Restaurants began to fill up again. We could all go outside a lot more.

The government, therefore, experimented with loosening social-distancing restrictions. In retrospect, this was a bad call, most obviously for very crowded nightclubs. But at the time, it seemed like a reasonable decision. Social-distancing and the lockdown are just as miserable and disruptive here as everywhere else and have been in place longer than in the West.

Disappointingly, the coronavirus snapped back sharply. Everyone was quite surprised. There was an expectation of some new cases, but few people thought there would be so many and so fast. Even the Korean Centers for Disease Control seemed surprised. The current tally is now 119 new infections and 22,000 contacts traced. All this came from one person who visited a few nightclubs in Seoul.

Unsurprisingly, a re-clampdown has begun. School reopenings have been pushed back. Bars and clubs are closed again. If there is a silver lining, it is that these infections started in an unusually dense venue—a nightclub. Most social spaces are obviously not so tightly packed, so restaurants and stores, for example, are still open.

There is an important lesson here for the United States, which seems hellbent on re-opening this month: that is almost certainly premature. If South Korea, despite all its world-class suppression and mitigation measures, could nonetheless experience such a sharp coronavirus snapback after a cautious reopening, then the impact of America’s reopening will be far greater.

In the United States, countermeasures have been far less thorough. Compliance with social-distancing has been mixed at best. Testing is far too thin on the ground. There is little quarantining or contact tracing. Personal protection equipment has been in short supply. Coronavirus numbers—both new cases and deaths—have plateaued but not declined. The United States has had eighteen times more fatalities per capita than South Korea from the coronavirus. And there has been heavy pressure from the American political Right to reopen the country and simply carry the humanitarian costs as a necessary trade-off to restart the country.

Inevitably, any reopening will have such trade-offs. South Korea is a canary in the coal mine for coronavirus-stricken democracies. The virus struck earlier here than in Western democracies, and the suppression has been superb. So South Korea is much further along than the West. What it does now can be a learning moment for other societies considering reopening, and the bitter lesson from this past weekend is that the coronavirus will snap back, even here.

The South Korean government reasonably experimented but got burned. In the United States, where suppression far lags South Korea and the coronavirus is not contained, I fear a reopening will lead to a catastrophic spike in cases and deaths this summer.