South Korea’s Corrupt Military Dictator is Dead, But Leaves Behind a Democratic Legacy 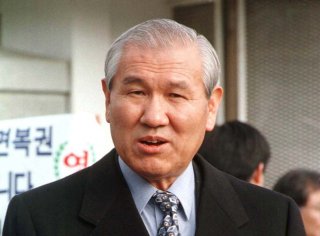 South Korea’s political old guard is dying off. The two warring dissidents, Kim Young-sam and Kim Dae-jung are gone. So is the latter’s successor, Roh Moo-hyun. And now, perhaps most important of all, Roh Tae-woo.

Today the Republic of Korea (ROK) is a vibrant democracy, with highly competitive elections and regular rotation of party control of the presidency and National Assembly. Polls predict a close race next March to succeed liberal Moon Jae-in.

This peaceful political development was never certain. Primary credit arguably goes to Roh Tae-woo, who, long in poor health, died on Tuesday in Seoul. The New York Times captured his manifold contradictions when it described him as “South Korea’s last military-backed president who forged ties with Communist foes, tolerated the country’s rambunctious transition from dictatorship to democracy but ended up in jail for mutiny and corruption.”

The ROK arose out of the chaotic end of World War II, which divided the Korean peninsula into Soviet and American occupation zones. Aged, irascible, authoritarian Syngman Rhee ended up in charge of the U.S. zone and became South Korea’s first president. He was pushed aside in 1960 after public protests. Military rule followed, with Gen. Park Chung-hee taking control. Social stability and economic prosperity resulted, but not political democracy. In 1979 Park was assassinated by his long-time friend and head of the Korean Central Intelligence Agency. Amid the resulting power vacuum, Gen. Chun Doo-hwan staged a coup, aided by his classmate, friend, and divisional commander Roh Tae-woo.

This led to authoritarian and sometimes bloody rule. Perhaps most reviled was the brutal 1980 crackdown on student protestors in the city of Gwangju. The official civilian death toll was 144, but up to 2000 likely were killed. America’s apparent complicity in the atrocity added to the controversy. By 1987 public support for student demonstrators was growing. Chun anointed Roh as his successor, to be approved by a hand-picked electoral college. However, surging political protests caused the latter to back constitutional reform and direct elections. In December he won with 36.6 percent of the vote in a fractured field, as the two leading opposition candidates, Kim Young-sam and Kim Dae-jung, split what would have been a liberal majority.

Roh’s rule was contradictory and complex, simultaneously liberalizing and oppressing. The Institute of Presidential Leadership’s Choi Jin observed: “His rule had characteristics of both military authoritarianism and civilian presidency.” Roh proved unpopular and was later exposed as highly corrupt. After leaving office he and Chun were convicted of treason and mutiny. Roh was sentenced to prison and Chun to death, but both were pardoned by Roh’s successor, Kim Young-sam. After which Roh lived quietly and in obscurity.

How to assess the latter’s role? He shared responsibility for the coup and repression that followed, including Gwangju. Yet it is difficult to imagine a peaceful transition to democracy without him. Lee Chung-hee, an emeritus professor at Hankuk University, called Roh “a bridge between authoritarianism and democracy.”

Roh could have rejected direct elections and relied on greater repression or stepped down and left the dirty work to Chun. Either would have guaranteed increasing protests, violence, and instability. This would have occurred with North Korea perhaps growing more belligerent as one of its patrons, the Soviet Union, was lurching toward reform and ultimately collapse.

Kim Young-sam or Kim Dae-jung also could have defeated Roh. That would have paired the still-dominant military with a reviled critic. Resistance to civilian control would be likely and a new coup possible. Violence and instability might have short-circuited the transition.

Instead, the process rolled out about as smoothly as anyone could hope. The coup-empowered general newly committed to democracy was elected. He embraced the essentials of liberal governance and brought the military along. Five years later he left office voluntarily and was followed by Kim Young-sam, who had merged his opposition party with the military-empowered ruling party. Moderate in view and action, Kim calmed establishment fears while defanging the military. Then came Kim Dae-jung, the firebrand dissident and bête noir—even marked for death by—both Park and Chun. It is inconceivable that the democratization process would have been as smooth if had Kim Dae-jung rather than Roh won in 1987.

In his early career Roh’s actions, especially aiding his friend Chun Doo-hwan in seizing power, left him with much to atone for. However, his decision to accept public demands for a direct election and live up to the new constitution and political order that resulted saved his nation from what likely would have been a violent, bloody, and perhaps catastrophic struggle. And he made possible the election of more liberal candidates who had lingered in political limbo and even been threatened with death only a few years before.

Roh should be remembered for playing midwife to democracy. It has oft been said that cemeteries are filled with indispensable men and women. Most of whom, it turned out, weren’t important after all. However, Roh might truly have been indispensable in 1987 for Korean democracy. RIP.