Is South Korea a Middle Power or a Protectorate? 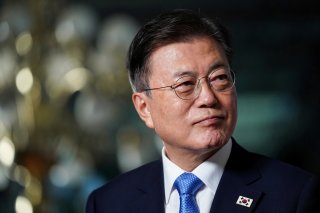 There is little question that the Republic of Korea’s political leadership wants the country to play a more substantial role in international affairs. South Korea indisputably possesses many of the capabilities that so-called “middle powers,” such as Australia and Thailand.  In terms of economic power, the ROK’s gross domestic product of more than $1.6 trillion makes it the world’s twelfth-largest economy. Thus, this puts the country in the ranks of global economic powerhouses. Also, South Korea’s population of fifty-one million would qualify it as at least a middle power.

South Korean president Moon Jae-in has endeavored to play an active diplomatic role when dealing with North Korea and the region. That approach builds on steps that his predecessors had taken over the past two decades. Increasingly, some of Seoul’s diplomatic positions have created tensions with the United States. Washington has sought to enlist its allies in East Asia (and Europe) to create a “common front” to counter China’s increasingly assertive policies. South Korea has resisted that pressure even more than most of America’s other allies. For example, Seoul has balked at joining the Quadrilateral Security Dialogue (Quad)—comprising the United States, India, Japan and Australia—whose thinly disguised purpose is to contain China. ROK leaders also have walked a policy tightrope regarding Beijing’s crackdown on Hong Kong to avoid unduly antagonizing its huge neighbor.

Despite such occasional manifestations of policy independence, the ROK remains far too reliant on the United States regarding the core features of its security.  It is that excessive dependence that disqualifies South Korea as a bona fide middle power. Despite its robust economy, the ROK persists in free-riding (or at least “cheap riding”) on Washington’s alliance commitment. Seoul has failed to fill key gaps in its military capabilities—especially when it comes to its air and naval assets. As a result, South Korea continues to rely heavily on the United States in the event of any crisis.

It is the issue of North Korea’s nuclear program, though, that especially highlights Seoul’s dangerous dependence. That vulnerability became glaringly obvious on two occasions. In 1994, Bill Clinton’s administration seriously considered launching air and missile strikes on Pyongyang’s embryonic nuclear sites. At no point did administration officials hint that South Korea had veto power—or even serious input—regarding such a momentous move. The ROK’s irrelevance regarding Washington’s possible decisions on North Korea’s nukes re-emerged in 2017. That’s when former President Donald Trump adopted an extremely aggressive stance toward Pyongyang (before reversing course and pursuing a diplomatic rapprochement the following year).

If Seoul wants to join the ranks of true middle powers, then it must greatly reduce its security dependence on the United States. It cannot leave its destiny in the hands of U.S. policymakers, who could make a reckless decision that embroils the ROK in a catastrophic conflict, even as it leaves the American homeland largely unscathed. A North Korean missile threat to the United States is emerging. Despite some panicky predictions, however, Pyongyang still is years away from credibly having a fleet of missiles with such range. Indeed, North Korea still is perfecting its intercontinental ballistic missile technology.

A U.S. attack on North Korea would likely lead to a massive counterattack on targets in South Korea. Seoul, therefore, has much more at stake than the United States in such a scenario. Despite this, it has no ability to veto a decision by Washington to strike North Korea. Given such an Achilles heel, the ROK is not a credible middle power.  For all of its other impressive capabilities, the country remains a glorified U.S. protectorate.

Ted Galen Carpenter, a senior fellow in security studies at the Cato Institute and a contributing editor at the National Interest, is the author of twelve books and more than nine hundred articles on international affairs.  He is the co-author (with Doug Bandow) of The Korean Conundrum.