South Korea Too Preoccupied with Survival to be Asia’s Sweden 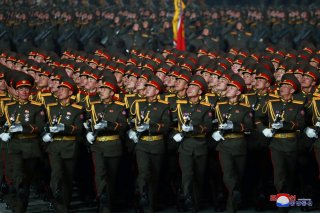 The countries widely known as “middle powers” typically qualify through both physical and behavioral characteristics. The physical characteristics include territory, population, economy, and military forces that are larger than those of a “small” power but smaller than those of a great or major power. By that criterion, the Republic of Korea (ROK) certainly qualifies.

The conventional wisdom also holds, however, that middle powers practice exemplary international citizenship by campaigning for the preservation of the international order—advocating, for example, in favor of international law, or urging states embroiled in international disputes to compromise to reach solutions.

Middle powers do this from a dispassionate position of impartial moral authority, rather than as states with a compelling partisan self-interest in a specific outcome.

This classic middle power behavioral role usually requires some degree of distance from the front lines of global conflict, offering space for cool reflection. Hence we often think of countries such as Sweden, Norway, Australia, and Canada playing this role.

South Korea resides in a very tough neighborhood, surrounded by multiple threats to its survival, both short-term and long-term. On its land border is the implacably hostile, rival state of North Korea. To the east is historical enemy Japan, which most recently forcibly occupied and exploited the Korean Peninsula for fifty years last century. Across the Yellow Sea to the west is China, which threatens to impose its will on Seoul even in such areas of vital interest as national security. Finally, many South Koreans resent U.S. pressure and view the American forces based in the ROK as a foreign occupation army.

South Korea is directly involved in several sharp international legal disagreements that compromise its impartiality. It has territorial disputes with Japan over the Dokdo/Takeshima Islands and with China over Ieodo/Suyan Rock. Seoul seeks compensation from Japan over Korean “comfort women” and Korean forced laborers during the Pacific War. Current ROK President Moon Jae-in has called for loosening economic sanctions against North Korea, arguably prioritizing his desire for a peace deal above international law. Out of fear of offending Beijing, Seoul has been hesitant to voice support for Taiwan or to criticize China’s misbehavior in Hong Kong and Xinjiang.

The point here is not to criticize the ROK, but rather to recognize the reality that South Korea’s geopolitical fate is a permanent state of near-desperation. For understandable reasons, Seoul is focused on preserving Korean nationhood against a variety of dangers. The inevitable result is a certain amount of compromise.

States in this kind of situation do not have the luxury of standing on principle. South Korea’s circumstances may garner sympathy and a measure of respect, but they are not conducive to the country gaining global recognition as a transcendent authority on how to improve the international system.

Blame it on geopolitics. If it was located where Australia now sits, South Korea might be the Sweden of the Southern Hemisphere.