South Korea Will Have a 'Light' Aircraft Carrier Soon (with F-35s?) 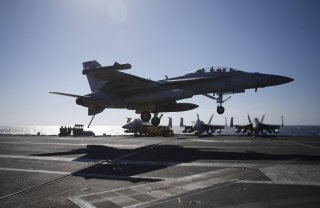 South Korea had hinted last year that it had an interest in building “multi-purpose large transport vessels,” and this summer what type of warships the country wanted came into better focus. In August, South Korea announced that it would move ahead with plans to procure several aircraft carriers over the coming decade to address threats from North Korea as well as the naval ambitions of China and Japan.

This week new information that was published by The Korea Herald suggested that the South Korean Ministry of Defense (MoD) has begun discussing the technologies required to build and deploy the first local-made light aircraft carrier, which could enter service by 2033.

The ambitious plan calls for the development of a new 40,000 ton light aircraft carrier, part of the LPX-II program, which could be used to transport military forces, equipment, and materials, while also having the ability to operate fighter jets that are capable of vertical take-off and landing (VTOL). This seems to be an evolution of the Republic of Korea’s national plan for 2021-2025, which had called a domestically-built carrier that would be around 30,000-tons—far smaller than the U.S. Navy’s supercarriers, as the USS Nimitz has a 100,000+ ton displacement.

When it was announced, the carrier program was expected to take at least a decade from the beginning of the design phase until the warship is completed.

South Korean military officials and researchers have reviewed the $1.75 billion project, and apparently, the program could evolve into two different types of carriers, Navy Recognition reported. One would be a medium-size 70,000-ton carrier with a length of 298 meters and a width of 75 meters. It would be able to carry some forty aircraft including fixed-wing and rotary-wing aircraft and would have a crew of 1,340 sailors.

The second carrier sounds much more in-line with the original LPX-II program’s vision of a 40,000-ton carrier that would be 238 meters in length with a width of 62 meters. It would have a crew of about 720 sailors.

While this smaller carrier could only carry about twenty aircraft including twelve fixed-wing and eight rotary aircraft, it could likely operate with the 20 Lockheed Martin F-35B Lightning II jet fighters that South Korea already has on order. The United States Marine Corps’ F-35Bs now operate off of the U.S. Navy’s amphibious assault ships including the USS America (LHA-6). At 46,000 tons, the U.S. warship is similar in size to this potential South Korean carrier.

The fact that South Korea has ordered the F-35B, and had been mulling over a purchase of the Bell Boeing V-22 Osprey tiltrotor aircraft—which are also well suited to operating from an amphibious assault ship—it is safe to say that the smaller of the two options could win out in Seoul. It will still provide the South Korea Navy with a light carrier that could serve as part of an expeditionary strike group or amphibious ready group. It also would more likely be able to meet Seoul’s timeframe and likely end up being the more affordable option.